Which would explain a lot!

It seems that today Iran's MehrNews.com ran the story Iran’s missile program no threat to Europe, U.S.: French official, and to illustrate the point, on the home page used this image 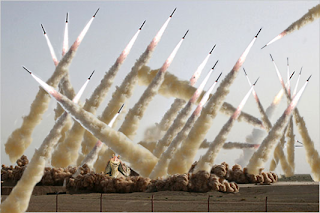 If your keen eye has picked up the fact that this is obviously a Photoshopped picture, are you sure you picked up all of the indicators?


For instance, did you notice the odd image at the bottom of that image? If not, the Atlantic helpfully blows up the image for your viewing pleasure: 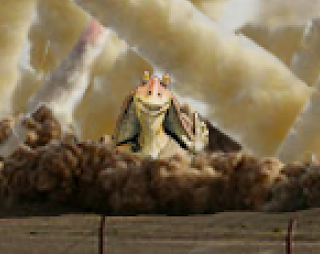 The Atlantic has other screen captures and explains how this may have appeared on Iran's media site.

Maybe someone enterprising person should take a fine tooth comb to the pictures of North Koreas failed missile launch and see what he can find.

This has nothing to do with Iran. Thats a screen grab from the "new" scenes George Lucas is adding yet again to the Star Wars movies. Watch for it on Dec. 21, 2012.

It has to do with Iran to the extent that the Iranian paper grabbed the picture from off of someone else's site and posted it.