The Media Is Still Trying To Trip Romney Up On Israel

“It’s individuals and their entrepreneurship which have driven America. What America is not a collective where we all work in a kibbutz or we all in some little entity, instead it’s individuals pursuing their dreams and building successful enterprises which employ others and they become inspired as they see what has happened in the place they work and go off and start their own enterprises.”
Mitt Romney, in Romney: America Is No Kibbutz, BuzzFeed

The media must really be hungry for a good anti-Romney story, and as usual--if they cannot find a gaffe then they are going to manufacture one.

Apparently, Zeke Miller (who subtitled his piece "His ties to Israel only extend so far") have a particular view of Israel and Israelis: 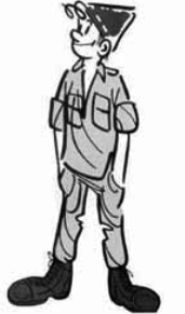 Jonathan Tobin writes that though identifying Israel with the kibbutz is a quaint idea, America’s Not a Kibbutz; Neither is Israel


But anyone who tries to represent this as somehow qualifying Romney’s backing for Israel or showing disrespect for it doesn’t know much about the real life Israel as opposed to myths from Leon Uris novels. While the kibbutz is an iconic symbol of the state’s beginnings, the collective farm movement is a dinosaur in modern Israel with only a minuscule role in its economy. Many of have gone bankrupt while others have become hotels or factories more than farms. Indeed, Israel’s current economic success is based on its transformation in the last generation into a first world economy rather than one handicapped by the socialist ideology of its founders.

So while Miller is correct that kibbutzim are "a product of the early socialist zionist movement and integral to the story of the founding of the State of Israel," he should realize that Israel has moved on from it's early days.

Miller and the rest of the media really should be moving on and as well. Surely they can find something to report about in an election year that is important and relevant to their readers.

What about that guy Obama?