Iran's Revolutionary Guard on Shebaa operation: We will stand by the resistance against the Zionists. http://t.co/V6ggLnCs2v
— Naharnet (@Naharnet) January 28, 2015


Lebanese anger over Hezbollah endangering Lebanon on behalf of Iran


Geagea: Hizbullah's role in the Golan Heights does not serve Lebanon or Palestine, but it serves Iran. http://t.co/V6ggLnCs2v
— Naharnet (@Naharnet) January 28, 2015


Consider that Israel isn't just responding to Hezbollah now. It's making a statement to Iran, ISIS, and any other threat in the neighborhood
— Daniel Nisman (@DannyNis) January 28, 2015


Note that Lebanon has claimed Hezbollah's attack did not violate international law because the attack targeted the Shebba Farms/Har Dov area, which they claim is actually Lebanese territory. In fact, Israel captured the area from Syria in 1967, but Damascus symbolically 'ceded' it to Lebanon during the 2000's after Israel withdrew from Lebanon. This allowed Hezbollah to pretend Israel was occupying Lebanese territory.

The US has mocked the idea. In 2006, during an outreach call to the Arab-American community, Alberto Fernandez -- then the Director of Public Diplomacy at State's NEA Bureau --- mocked the claim that Shebaa Farms belongs to Lebanon:


"Oh come on, the 'Lebanese Resistance', if I may use that term sarcastically, didn't know the Shebaa Farms was occupied until the Syrians told them so. That is just ridiculous" 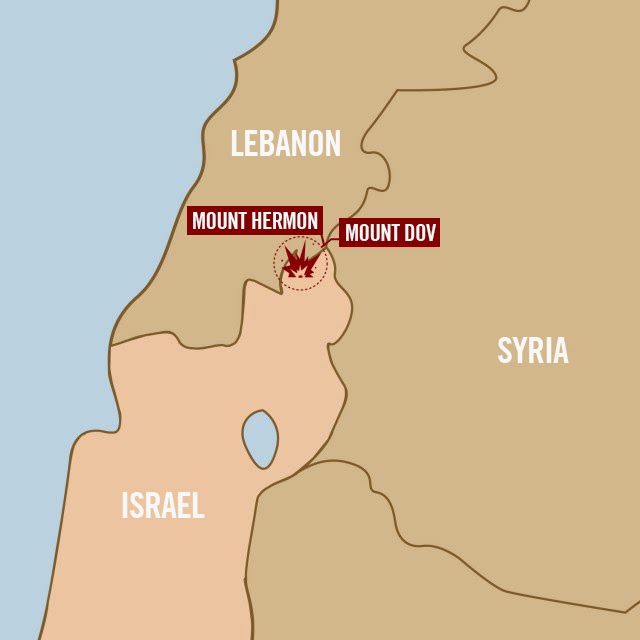