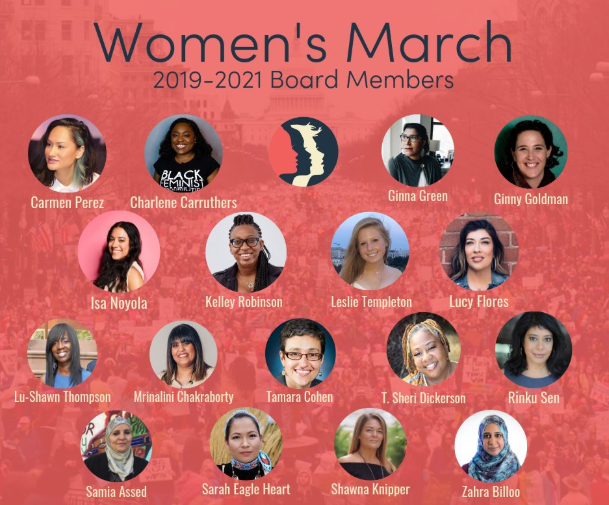 
Billoo's vile tweets were soon plastered all over Twitter, with different people offering their own personal collection of the Worst of the Worst of her attacks on Israel, Zionism and Jews.

Billoo combined unhinged accusations against Israel with whatever conspiracy theories were available:

Nor did Billoo limit herself to Israel, attacking Jewish rights groups that fight antisemitism, such as the Anti-Defamation League:

As a big fan of the terrorist group Hamas, Billoo came up with various analogies to defend the murder of Israeli civilians:

And when her brother, Ahmed ibn Aslam, publicly wished in a fit of pique at Ben Gurion Airport that all Jews in Israel be killed... 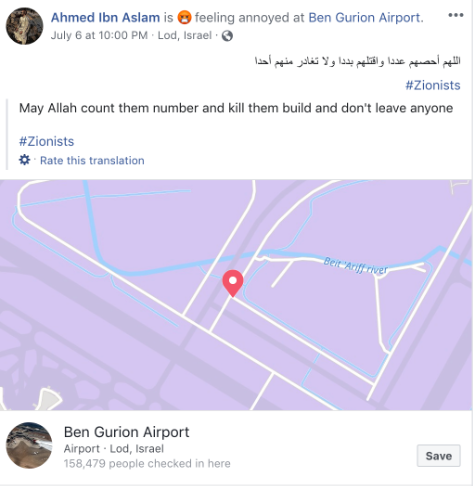 ...Billoo responded with her support for her brother against the evil Customs and Border Protection:

The uproar on Twitter was so loud and angry that Women's March dropped Billo from the board.

But not everyone was upset by Billoo's assorted vicious attacks.
Some saw Billoo's assault on Israel and Jews very differently.

Rebecca Vilkomerson, executive director of Jewish Voice for Peace was ecstatic over Women March's new board and saw them all as a natural continuation of Sarsour, Mallory and Bland:

Somehow, vile and vicious attacks on Israel, Zionism and Jews are all part of being impactful, fierce and even inspiring.

Last week, writing about the short-lived second wave of accusations against Justice Brett Kavanaugh, Peggy Noonan examined Why They’ll Never Stop Targeting Kavanaugh. More than a specific attempt to delegitimize the Supreme Court in order to head off an anticipated attack on Roe vs. Wade or a fixation on finishing off what Christine Blasey Ford started -- Noonan found a more general and pervasive issue underlying last weeks witch hunt:


the crazier parts of the progressive left increasingly see politics as public theater, with heroes and villains, cheers and hisses from the audience, and costumes, such as outfits from “The Handmaid’s Tale.” Because modern politics is, for the lonely and strange on all sides, entertainment and diversion. And one’s people must be entertained. [emphasis added]

Based on the gusto with which the nasty comments were being tweeted and retweeted by the likes of Billo, Sarsour, Tlaib and Omar it was clear that people were reveling in these attacks on twitter -- not just the people carrying out the attacks and perpetuating them, but also the people on Twitter who were merely following on Twitter, and cheering them on in the comments.

Here is a video from 3 years ago of political commentator Cenk Uyghur talking with John Iadarola in the days leading up to the 2016 Democratic National Convention, discussing picking representatives for drafting the Democratic Platform. Uyghur personifies the sports metaphor for politics taken to its logical conclusion, referring to Sanders' picks as "the aggressive progressives -- the change gang," and calling the choice of Cornel West  "a bold pick." Uyghur refers to them as "a great crew...when you bring these all-stars."


(As an aside, at one point, Uyghur worked for MSNBC, where he replaced Keith Olbermann, who actually switched off between sports broadcasting and news.)

On the progressive left, the value placed on the inspirational value of such attacks makes for the adoption of some unexpected heroes.

During a 2006 teach-in at UC Berkeley about the Israel-Hezbollah war, American philosopher Judith Butler was asked a "bundle" of 4 questions:

1. Since Israel is an imperialist, colonial project, should resistance be based on social movements or the nation-state?

2. What is the power of the Israel Lobby and is questioning it antisemitic?

3. Since the Left hesitates to support Hamas and Hezbollah “just” because of their use of violence, does this hurt Palestinian solidarity?

4. Do Hamas and Hezbollah actually threaten Israel’s existence, as portrayed in some media?

She started off by talking about "The Israel Lobby." Butler made no mention of AIPAC at all, but named instead the American Jewish Congress, the American Jewish Committee and the Anti-Defamation League -- the reference to that last organization being a precursor to the attacks to come a few years later by Billoo -- and Sarsour.

Butler's whitewash of Hamas and Hezbollah was just what the audience was looking for:


Yes, understanding Hamas, Hezbollah as social movements that are progressive, that are on the Left, that are part of a global Left, is extremely important. That does not stop us from being critical of certain dimensions of both movements. It doesn’t stop those of us who are interested in non-violent politics from raising the question of whether there are other options besides violence. [emphasis added]

The terrorist groups Hamas and Hezbollah do not feel limited to military targets and have deliberately killed civilians.

But according to Butler, these are not terrorist groups.
They are merely not "interested in non-violent politics"
According to the text of her answer, her response was met with applause.

This is not a 21st problem.
It is an enduring one.

In his 1987 book The Closing of the American Mind, Harvard professor Allan Bloom writes:


I have seen young people, and older people too who are good democratic liberals, lovers of peace and gentleness, struck dumb with admiration for individuals threatening or using the most terrible violence for the slightest and tawdriest of reasons. They have a sneaking suspicion that they are face to face with men of real commitment, which they themselves lack. And commitment, not truth, is believed to be what counts. [emphasis added]

Bloom is speaking to those like Vilkomerson who are enthralled by the ferocity of these attacks on Twitter, mistaking their attacks as a commitment worthy of emulation and adulation.

From Che Guevara and Yasir Arafat, the progressive left has now settled on Zahran Billoo, Ilhan Omar and Rashida Tlaib.

And Butler is no better, with her twisted excuses for terrorist groups as progressive social movements.

Like Bloom, the late Justice Antonin Scalia recognized the problem as well. In 2010, Scalia offered his advice during the commencement address at Langley High School, in Virginia, where his granddaughter was graduating:


And indeed, to thine ownself be true, depending upon who you think you are. It’s a belief that seems particularly to beset modern society, that believing deeply in something, and following that belief, is the most important thing a person could do. Get out there and picket, or boycott, or electioneer, or whatever. I am here to tell you that it is much less important how committed you are, than what you are committed to. If I had to choose, I would always take the less dynamic, indeed even the lazy person who knows what’s right, than the zealot in the cause of error. He may move slower, but he’s headed in the right direction.

...In short, it is your responsibility, men and women of the class of 2010, not just to be zealous in the pursuit of your ideals, but to be sure that your ideals are the right ones. That is perhaps the hardest part of being a good human being: Good intentions are not enough. Being a good person begins with being a wise person. Then, when you follow your conscience, will you be headed in the right direction. [emphasis added]

Social media in general, and perhaps Twitter in particular, is a petri dish of a society where passionate attacks have long replaced any semblance of normal discussion.

And in this age of intersectionalism where a whole gamut of causes are being interwoven and championed with unheard-of ferocity -- Israel, Zionism and Jews are increasingly being targeted, with a reemergence -- and acceptance --  of antisemitism that we thought we would never see again.