Israel is an ancient nation, celebrating the 66th year of her rebirth. 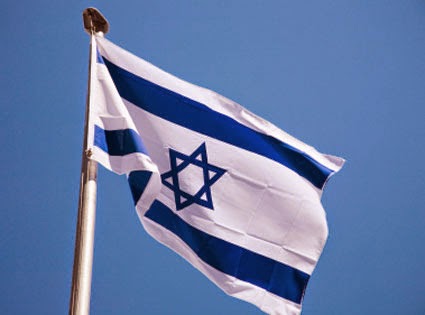 Credit: Hoops
And there is a great deal to celebrate, my friends.
~~~~~~~~~~~
Ben-Dror Yemini, writing about the paradoxes in how Israel is seen, says (emphasis added):

“...there is one thing [Israel’s founders] definitely didn't know: That the State of Israel would lead the contribution to humanity and would also become the most hated country by that same humanity.


“For almost a decade now, Israel has been leading, or has been among the leaders, in global surveys about negative contribution to the world...

“These achievements are not only a cause for national pride. They are mainly a contribution to humanity.

“There is no index of ‘contribution to humanity per capita.’ But if there were such an index, Israel would likely take the first place. Millions of people owe their lives to the irrigation systems and agricultural products from Israel. Not just the Third World. Even California Governor Jerry Brown recently asked Israel for research and technological aid in order to deal with the severe drought. How does this contribution match the oh-so-negative image? It doesn't.

“...Israel is far from perfect...But in spite of all the problems, Israel is a miracle. A state founded from 70 Diaspora communities, most of which did not know anything about democracy. A state of poor refugees which became a world power in agriculture and irrigation and water purification and high-tech developments. A state which does not live by the sword, but by research, development and entrepreneurship. A state in which the talks about boycott and suspending investments conceal the fact that it is the most invested country in the world, and in some fields not even just for its size

.
Read: Israel, the state of paradoxes, has a lot to be proud of
~~~~~~~~~~
With all of the hi-tech and entrepreneurial advances of Israel, it is the humanity of the country that catches my attention.
Israel is known world-wide as an innovator in the field of medical clowns, for example, having developed not only training programs but methods for integrating the clown into the medical team.  Now this approach is being expanded successfully to include clowns in the labor room, to help women relax: 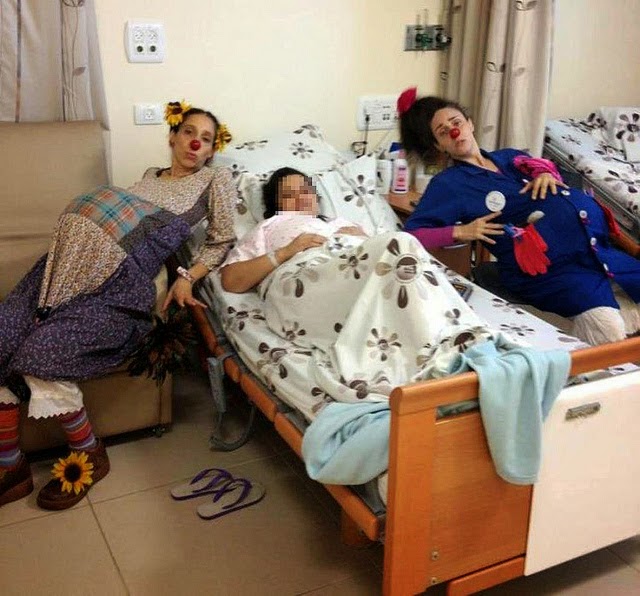 Read: Clowning Around in the Delivery Room
~~~~~~~~~~
As well, the outreach that Israelis do is not only in fields of agriculture and technology – it is also humanitarian.  An example here: A team from the NGO IsraAID, in cooperation with other Israeli NGOs, went to South Sudan in 2012 to help establish a social-worker training program on sexual violence.
Read: Top 22 Ways Israel Aided Africa in Last Three Years
In the course of the last decade, IsraAID has responded to crises in 22 countries, reached over one million people, and distributed 1,000 tons of relief and medical supplies.
~~~~~~~~~~
Within our borders we also respond to medical needs of others – including the medical needs of enemies.  Who else in the world does this?
You’ve read in my postings about care we’ve provided to Syrians.  Here is an article about care given to the grandchild of Hamas leader Ismail Haniyeh, who has described Israel as a “cancerous tumor that must be removed and uprooted.”  When his one year old granddaughter needed emergency medical treatment recently, the family turned to Israel:

The child was brought to “Schneider Children’s Hospital Medical Center of Israel [which] has been forced by Hamas’ relentless bombing to reinforce its windows and build a rocket shelter in its basement.

“The hospital calls itself a ‘bridge of peace,’ and despite the danger posed by Hamas bombs, it attempts to live up to this self-designation by opening its doors to children from Jordan, Africa, Europe, and elsewhere around the world. Each year, hundreds of children from Gaza seek medical care at Schneider Children’s.”

Read: Israel Helping its Enemies
Who else in the world?  No one.  And yet we remain on the receiving end of vicious calumnies that defy reason.
~~~~~~~~~~
Every year, there is a transition here from the mourning of Yom HaZikaron to the joy of Yom Ha’atzmaut.  It happens in a flash, at the sounding of a siren, and has always astounded me.
I was particularly taken this year with how Dr. Pamela Peled, writing in the “In Jerusalem” section of the JPost put it:
She speaks of the emotions of solidarity felt for Israel’s soldiers and victims of terror –

“a kind of awe for the sacrifices to ensure Israel’s survival...it seems almost too heavy to bear. And then the sharp transition into barbecues and fluttering flags as Israelis celebrate our miraculous existence and achievements... no wonder we are a nation that always seems a bit on the edge.

“Yet this edginess translates into a vitality that has to be experienced to be understood.  It’s an ‘only in Israel’ feeling that is hard to define.”

There is an official ceremony on Har Herzl that marks the transition to Yom Ha’atzmaut.  Every year, Israelis representing different segments of society are selected to light torches. This year, 14 women were so honored.
One of those women is Miriam Peretz, whom I have been in awe of for a long time. Credit: Israelnationalnews
At different times, not one, but two of her sons from the Golani Brigade fell in battle: Uriel Peretz – in Lebanon in 1998, and Eliraz Peretz - in Gaza in 2010.
Singer Yehoram Gaon describes her as a person “imbued with a mission to strengthen the Jewish and Israeli spirit in the nation of Israel...Miriam has chosen to continue with her life.  She meets with soldiers, with youths and with bereaved families and conveys messages of hope and faith in the power of man to grow from crises."
In an interview with the JPost, she says (emphasis added):

"reality brought me to this situation," but she chose to pick her herself up, out of the pain and bereavement and to build from it a "tower of love - love of Israel, and the human strength to influence your own and other people's lives.”

When she was informed of the honor that was to be bestowed upon her, she said that she would light the torch "with their [her sons’] spirit, spirit of leadership, faith, love for the country, love for people."

She explains that the transition from one day to the other has always been difficult for her.  "I can't take the sound of the fireworks," as with each bang she hears the sound of the explosions that took the lives of her sons.

"But this year I will experience it, and I'm scared to be in this simcha (happiness) after the hardest day. Suddenly, fireworks and dancing.

"Either I will close my ears and lower my eyes to the ground, and be with my sons when the fireworks go off, or I'll lift my eyes to the sky and I'll follow a firework and hope it will open the skies and that I'll see my family - and that they'll see that they didn't fall in vain, that a nation is celebrating, that life goes on."

Read: Meet the women lighting the Independence Day torches: Miriam Peretz
Awe, my friends. This is Israel.  And I count it as a great honor that I am Israeli.  I lift my voice to heaven with gratitude.
~~~~~~~~~~
I close with the really neat Aish video, “Wave Your Flag”: