Poll: Israel Not to Blame for Failure of Middle East Peace Talks

The Daily Beast reports that a new poll by The Israel Project shows that most Americans blame the Palestinians for the failure of the Israeli - Palestinian peace talks:


Over twice as many Americans agree with Israel’s claim that they are not primarily to blame for the failure of the Middle East peace process than those who agree with the Palestinian claim that moving toward a unity government with Hamas is a step toward peace, according to a new poll by The Israel Project.

The poll was conducted May 2-4, 2014, among a national sample of 1595 likely voters in the 2014 midterm election. The interviews were conducted online by Survey Sampling International.

Among the findings of the Israel Project poll: 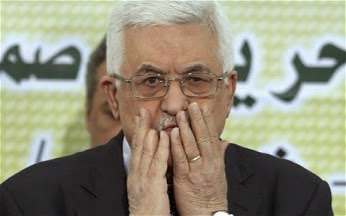 Josh Block, the CEO of the Israel Project summed it up:


Americans simply don't buy efforts being made by some to blame the impasse on Israel. It doesn't matter how old they are, or what party they belong to, voters understand that Palestinian Authority President Mahmoud Abbas turned his back on peace when he abandoned negotiations, turned to the international community to attack Israel, and announced a unity agreement with the Iran-backed terror group Hamas in the middle of Secretary Kerry's effort to keep talks going.

Technorati Tag: Israel and Abbas and Hamas and Peace Talks.