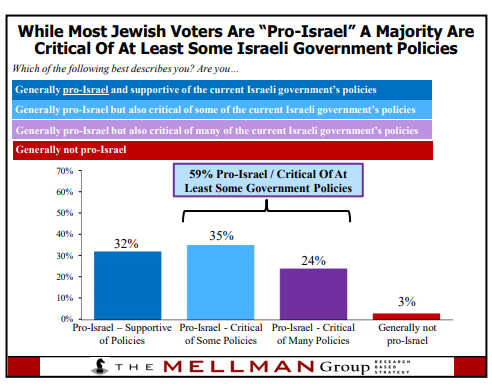 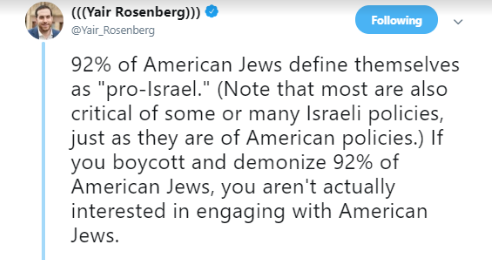 Its one thing to generalize and attack the idea of Zionism, but when the real numbers indicate that the vast majority of Jews in the US are pro-Israel, attacks on Zionism and upon those who support Israel is no longer an abstraction.

But those same results play into another of Sarsour's attacks on the Jewish community.

Sarsour, who has difficulty dealing with criticism, reacted harshly to criticism of Ilhan Omar's support for BDS. Sarsour lashed out, claiming that Omar was


“being attacked for saying that she supports BDS (Boycott Divestment Sanctions) and the right for people to engage in constitutionally protected freedoms. This is not only coming from the right-wing but some folks who masquerade as progressives but always choose their allegiance to Israel over their commitment to democracy and free speech.”

The claim of Jewish dual loyalty is, of course, an old Antisemitic standard, something that Sarsour doesn't think applies when she talks about the Palestinian roots of herself and other Muslims.

But the same poll dashes that idea.

Jewish attitudes towards both Israel and the US defy the simplistic labeling tossed about by Sarsour: 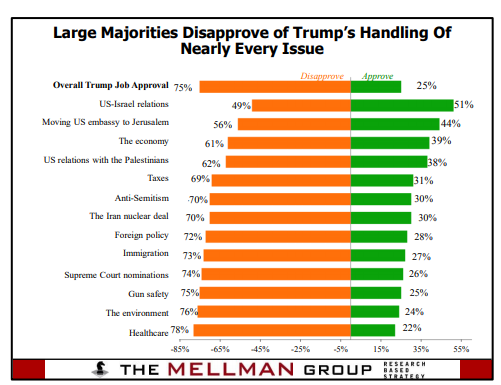 According to the poll, despite 92% of Jews identifying as being pro-Israel -

And this goes beyond being anti-Trump.

According to The American Jewish Committee's 2007 Annual Survey of American Jewish Opinion, taken 11 years ago strong feelings about Israel did not translate into favoring Israel interests over US interests. 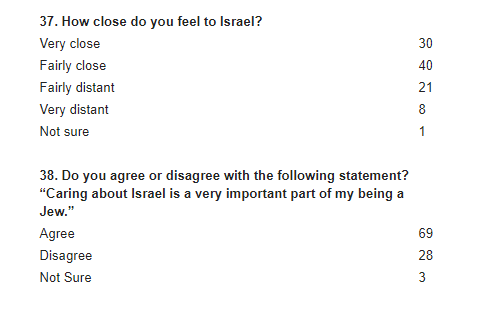 Yet despite 70% feeling close to Israel and 69% responding that caring about Israel was very important to them when it came to picking priorities of what were the most important issues in the 2008 election - only 6% chose support for Israel as being a main factor in deciding whom they would vote for: 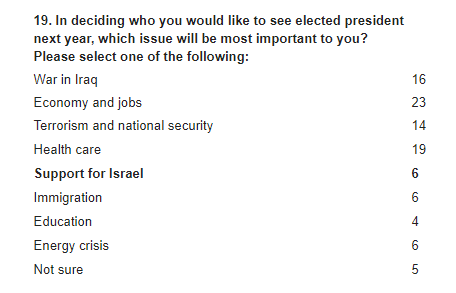 The bottom line is while Jews continue to consider themselves pro-Israel and support her, that support has not overshadowed their concern for domestic issues in the US itself.

At the same time, however, it proves the lie to the antisemitic incitement Sarsour tries to stir up against American Jews, claiming they are disloyal to the country they live in.