Today was Tu B’Shvat. Actually the time considered the new year for trees (an issue with import in Jewish law) but popularly thought of as a sort of Jewish Arbor Day.  Trees are planted in honor of the day, and fruits and nuts – products of trees – are eaten. 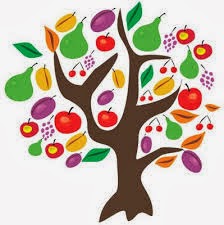 I spent the day with a tour into the Jordan Valley sponsored by World Likud – a tour that emphasized the fact that this Valley is ours.  Anyone in Likud who isn’t for the retention of the Valley, does not belong in Likud, declared key speaker Deputy Minister of Defense Danny Danon.
As I’m beginning late, this post will be short (or short for me, at any rate).
~~~~~~~~~~
The twisted arm I refer to above belongs to Defense Minister Moshe Ya’alon. 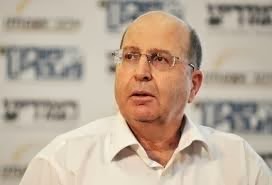 
On Tuesday, Yediot Ahronot reported on a private conversation in which Ya’alon had engaged.  In the course of it, he is reported to have said:

"Abu Mazen [Mahmoud Abbas] is alive and well thanks to us. The moment we leave Judea and Samaria he is finished. In reality, there have been no negotiations between us and the Palestinians for all these months – but rather between us and the Americans. The only thing that can 'save us' is for John Kerry to win a Nobel Prize and leave us in peace.

"The American security plan presented to us is not worth the paper it's written on. It contains no peace and no security. Only our continued presence in Judea and Samaria and the River Jordan will endure that Ben-Gurion Airport and Netanya don't become targets for rockets from every direction. American Secretary of State John Kerry, who turned up here determined and acting out of misplaced obsession and messianic fervor, cannot teach me anything about the conflict with the Palestinians."

Read: Ya'alon: Kerry should win his Nobel and leave us alone
~~~~~~~~~~
Well, I loved every word of it.  Here was a top official doing a very amazing thing: Telling the truth.  His words were on the mark.
And I will say here that I believe we’re seeing Ya’alon playing the “bad cop” to Netanyahu’s “good cop.”  I don’t believe Ya’alon would have said this  – even in private conversation - without a wink and a nod from his boss, who would, himself, never dream of voicing such honesty.
US officials, professing great shock at these remarks, demanded an apology. That is where the twisted arm comes in.  Ya’alon’s office issued this:

“The defense minister had no intention to cause any offense to the secretary, and he apologizes if the secretary was offended by words attributed to the minister.”

Read: After U.S. Insists, Ya’alon Apologizes for Blunt Remarks About Kerry, Peace Process
Fine.  There was no retraction of the core of his original comments.
And there is, by the way, a question of journalistic ethics, that Ya’alon’s remarks, made privately, were repeated with attribution.
A bit of diplomatic high drama, which for many here lightened the tone just briefly.  Kerry, ever determined to soldier on (forgive the pun), declared that he would continue working for peace no matter what Ya’alon thinks.
~~~~~~~~~~
And so, now that we’ve determined what a “great” job Kerry is doing, even as he’s being criticized, I thought we should look at some of the latest from the Palestinian Arabs:
All in all, the situation of the Palestinian Authority is appalling.  Two weeks ago the Czechs found a large, illegal cache of weapons (serious weapons and enough to arm ten men) at the Prague home of the Palestinian Arab “ambassador,” Jamel al-Jamal, who had been killed in an explosion.
After a couple of days, Czech authorities indicated that they believed these weapons were part of a gun smuggling operation – just the tip of the iceberg of a massive Europe-wide operation.
Read: Czech Officials: Explosion From Illegal Palestinian Weapons Cache Possible Tip of the Iceberg of Europe Weapon Smuggling Ring
But, don’t worry: the PA apologized.
~~~~~~~~~~
Then, a week ago, the Palestinian Arab new agency WAFA ran a piece about Fatah interest in revisiting the question of reconciliation with Hamas.

Azzam al-Ahmad, the Fatah official in charge of the reconciliation talks with Hamas, said he held  a lengthy phone conversation with Hamas leader in Gaza, Ismail Haniyeh, regarding resumption of efforts to reach final reconciliation, and that they would be meeting soon.
Read: Fatah Official Discusses Reconciliation with Hamas Leader
Now, I do not believe for a moment that there will truly be reconciliation.  But we must ask why this should even be raised now, when the PA (comprised primarily of Fatah people) is supposed to be engaged in negotiations.  Could it be because Fatah leaders know that any move towards merger with Hamas would have a most chilling effect on those negotiations?
~~~~~~~~~~
With it all, there are continuing (shall I say “routine”?) statements from PA officials regarding insistence on Jerusalem as a Palestinian capital, refusal to recognize Israel as the Jewish state, demand for return of “refugee,” etc. etc.  Nothing has changed.
~~~~~~~~~~
I close here by sharing an op-ed and a news report.  What they both tell us is that we do, indeed, have friends:
Writes Ryan Bellerose, in his op-ed, “Israel: The World's First Modern Indigenous State” (emphasis added):

“I am Métis [native American] from the Paddle Prairie Metis settlement in Northern Alberta Canada.  I founded Canadians For Accountability, a native rights advocacy group, and I am an organizer and participant in the Idle No More movement in Calgary. I am a founding member of an Israeli advocacy group called Calgary United with Israel. And I am a Zionist...

“Israel is the world’s first modern indigenous state: the creation and declaration of the sovereign nation of Israel marks the first time in history that an indigenous people has managed to regain control of its ancestral lands and build a nation state. As such, this is incredibly important for indigenous people both to recognize and to support as a great example for our peoples to emulate.

“The actual working definition of ‘indigenous people,’ (not the Wikipedia version, nor Merriam Webster, both more suited to plants and animals) for purposes of this essay is that developed by aforementioned anthropologist José R. Martínez-Cobo. With this as my foundation, I will detail why Jews are indigenous to Israel, and why Palestinians are not...”


Great stuff. Read it all: Israel: The World's First Modern Indigenous State
The Palestinian Arabs routinely incorporate into their (fictional) narrative the notion that they are the indigenous people in this area.
~~~~~~~~~~
And then we have Julie Bishop, Australian foreign minister, and someone else who is prepared to speak truth. One very sharp lady.

“In an exclusive interview with The Times of Israel, Julie Bishop suggested that, contrary to conventional diplomatic wisdom, the settlements may not be illegal under international law. She refrained from condemning Israeli initiatives to build additional housing units beyond the Green Line or from calling on Israel to freeze such plans, merely saying the fact that settlements were being expanded showed the need for the sides to quickly reach a peace agreement. ‘I don’t want to prejudge the fundamental issues in the peace negotiations,’ Bishop said. ‘The issue of settlements is absolutely and utterly fundamental to the negotiations that are under way and I think it’s appropriate that we give those negotiations every chance of succeeding.’

“Asked whether she agrees or disagrees with the near-universal view that Israeli settlements anywhere beyond the 1967 lines are illegal under international law, she replied: ‘I would like to see which international law has declared them illegal.’” (All emphasis added)

Read: Australia FM: Don’t call settlements illegal under international law
“International law” is a term bandied about very easily. She’s got it right, to question this.  The “settlements” most certainly are NOT illegal.  The Levy Report thoroughly documents this fact.
~~~~~~~~~~
© Arlene Kushner. This material is produced by Arlene Kushner, functioning as an independent journalist. Permission is granted for it to be reproduced only with proper attribution.