David P. Goldman: The End of Erdogan's Cave of Wonders

The following by David P. Goldman is resposted here with permission of the Middle East Forum:

Turkey is coming apart. The Islamist coalition that crushed the secular military and political establishment—between Tayip Erdogan's ruling AK Party and the Islamist movement around Fethullah Gulen—has cracked. The Gulenists, who predominate in the security forces, have arrested the sons of top government ministers for helping Iran to launder money and circumvent sanctions, and ten members of Erdogan's cabinet have resigned. Turkey's currency is in free fall, and that's just the beginning of the country's troubles: about two-fifths of corporate debt is in foreign currencies, so the cost of servicing it jumps whenever the Turkish lira declines. Turkish stocks have crashed (and were down another 5% in dollar terms in early trading Friday). As the charts below illustrate, so much for Turkey's miracle economy.

Two years ago I predicted a Turkish economic crash.
Erdogan's much-vaunted economic miracle stemmed mainly from vast credit expansion to fuel an import boom, leaving the country with a current account deficit of 7 % of GDP (about the same as Greece before it went bankrupt) and a mushrooming pile of short-term foreign debt. The Gulf states kept financing Erdogan's import bill, evidently because they wanted to keep a Sunni power in business as a counterweight to Iran; perhaps they have tired of Turkey's double-dealing with the Persians. And credulous investors kept piling into Turkish stocks.

I reiterated my warning that Turkey would unravel at regular intervals, for example here.

No more. Turkey is a mediocre economy at best with a poorly educated workforce, no high-tech capacity, and shrinking markets in depressed Europe and the unstable Arab world. Its future might well be as an economic tributary of China, as the "New Silk Road" extends high-speed rail lines to the Bosporus.

For the past ten years we have heard ad nauseum about the "Turkish model" of "Muslim democracy." The George W. Bush administration courted Erdogan even before he became prime minister, and Obama went out of his way to make Erdogan his principal pal in foreign policy. I have been ridiculing this notion for years, for example in this 2010 essay for Tablet.

The whole notion was flawed from top to bottom. Turkey was not in line to become an economic power of any kind: it lacked the people and skills to do anything better than medium-tech manufacturing. Its Islamists never were democrats. Worst of all, its demographics are as bad as Europe's. Ethnic Turks have a fertility rate close to 1.5 children per family, while the Kurdish minority is having 4 children per family. Within a generation half of Turkey's young men will come from families where Kurdish is the first language. 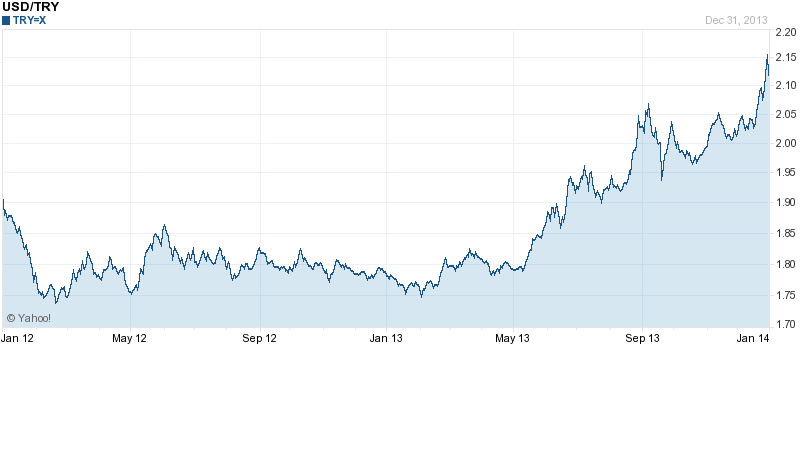 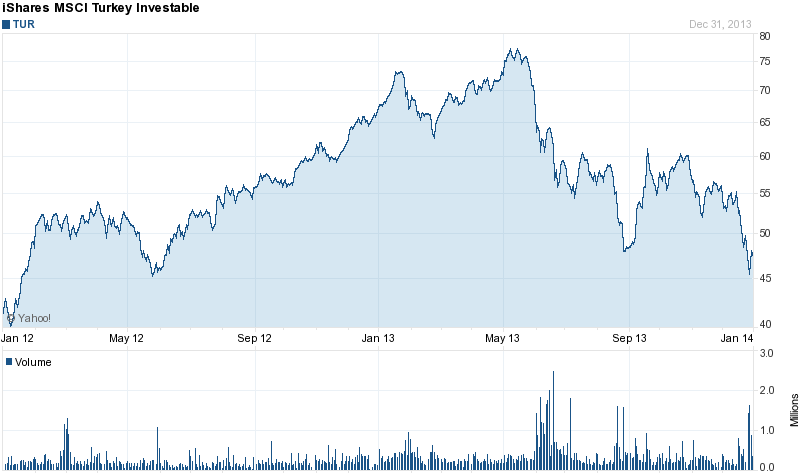 Our foreign policy establishment, Democratic and Republican, was so enamored of the notion of Muslim democracy that it mistook Erdogan's incipient dictatorship and bubble economy for the object of its desire. In June 2012, for example, David Ignatius of the Washington Post bragged that Obama's embrace of Erdogan had "paid big dividends." Said Ignatius:

As President Barack Obama was feeling his way in foreign policy during his first months in office, he decided to cultivate a friendship with Turkey's headstrong prime minister, Recep Tayyip Erdogan. Over the past year, this investment in Turkey has begun to pay some big dividends — anchoring the policy of the United States in a region that sometimes seems adrift.

Erdogan's clout was on display this week as he hosted a meeting in Istanbul of the World Economic Forum that celebrated the stability of the "Turkish model" of Muslim democracy amid the turmoil of the Arab Spring. One panel had the enraptured title "Turkey as a Source of Inspiration."

Now the hashish smoke has cleared, Erdogan's Cave of Wonders has turned back into a sandpit, and the foreign policy establishment has nothing to show for years of propitiation of this Anatolian wannabe except a headache.

Now that Turkey is coming unstuck, along with Libya, Egypt, Lebanon, Syria, and Iraq, we should conclude that the entire project of bringing stability to the Muslim world was a hookah-dream to begin with. Except for the state of Israel and a couple of Sunni monarchies that survive by dint of their oil wealth, we are witnessing the unraveling of the Middle East. The best we can do is to insulate ourselves from the spillover effect.

Mr. Goldman, president of Macrostrategy LLC, is a fellow at the Middle East Forum and the London Center for Policy Research. He is the author of How Civilizations Die: (And Why Islam Is Dying Too)

and the essay collection It's Not the End of the World, It's Just the End of You: The Great Extinction of the Nations.