There was an uproar when the Arab students at Tel Aviv University protested the hanging of a picture there allegedly showing the demolishing of the Al Aqsa Mosque:

In recent days hanging around the university two paintings by artist Dina Zeifer Luzon. One of them, who was hanged at the entrance to the library, created a storm . The picture shows a bulldozer destroys a building and a group of Jews holding Torah scrolls in their hands behind her seven-branched candelabrum.[Google Translation of the Hebrew]

Here is the offending painting: 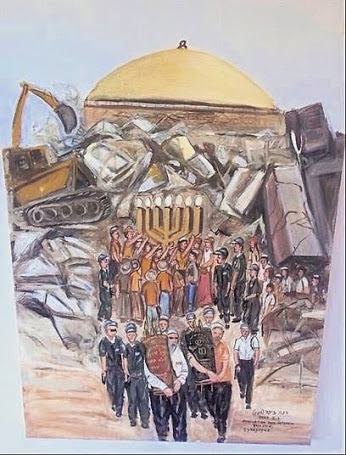 The artist, Dina Zeifer Luzon, pointed out that the painting was not of a mosque at all -- but of a synagogue, specifically depicting the evacuation of the synagogue in Netzarim in Gush Katif in 2005. That of course explains the description at the bottom of the painting: "Evacuation from Nezarim Synagogue, Gaza strip."

Here is a picture of the actual synagogue in Netzarim, before it was destroyed. [Hat tip: Proud Zionist Jewess] 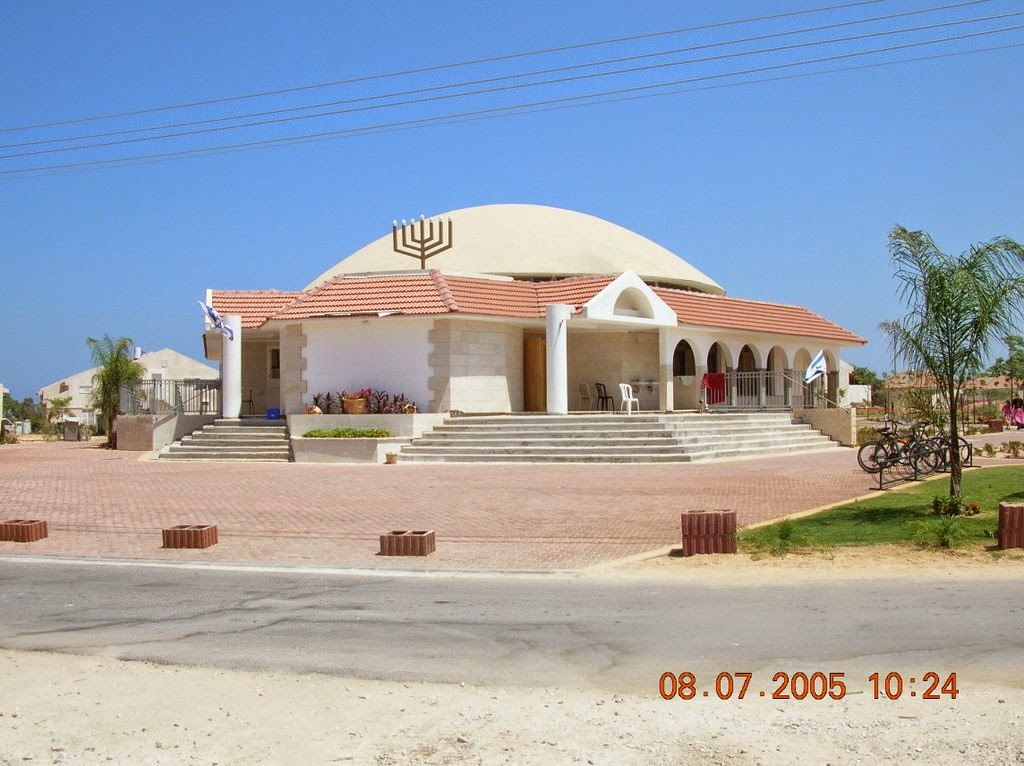 Apparently the truth calmed down the situation, which raises an ironic point as well. Yasin Abu Suissa, a first-year physics student, is quoted as saying:


The university has more than a thousand Muslim students and the institution must also consider our feelings. What would happen if a drawing of destroying an important holy place for Judaism was hanged in an academic institution abroad ? Would you silent?

Apparently there was no renewed outrage or recognition of the disaster of the Disengagement in reaction to the painting.


A new synagogue was dedicated yesterday afternoon for the community of Bnei Netzarim, in the northwestern Negev community of Halutza, amid great fanfare and celebration.

The new synagogue has a special significance: Bnei Netzarim is comprised of Jews who were uprooted from the Gaza community of Netzarim, as part of the expulsion of 9,000 Jews from Gaza during the Israeli "Disengagement" program of 2005. The building is shaped like an arrow to symbolize the positive, forward-looking attitude of the community, but contains a dome and arches reminiscent of the old synagogue in Netzarim, which was torched by Arabs following the Israeli withdrawal.

That last piece of information is perhaps the final irony, one that escapes abu Suissa and his Arab friends who started the fuss.

UPDATED: +Paula R. Stern recalls the destruction of Netzarim -- and the Arabs burning down the Netzarim synagogue: