France Rebuffs Hamas Request To Be Removed From Terrorist List

Avi Issacharoff writes that while we still await Europe's decision on putting Hizbollah on the terrorist list, France has turned down in no uncertain terms Hamas's request to be removed from the list -- French Ambassador to Israel: Hamas to Stay on E.U. Terror Blacklist :


Hamas’s recent campaign to be removed from the European Union’s terror list is unlikely to succeed given its stance toward Israel, according to statements provided to The Tower by France’s ambassador to Israel Christophe Bigot.

Bigot told The Tower that “France’s position on Hamas is clear.” The Iran-backed terror group would have to meet conditions laid down by the Quartet – the mediating group made up of the United States, Russia, the E.U., and the United Nations – before France would agree to engage the organization. Those conditions include recognition of Israel, cessation of violence, and acceptance of agreements signed between the Palestinians and Israel.

Apparently there is no active initiative to remove Hamas from the terrorist list at this time. 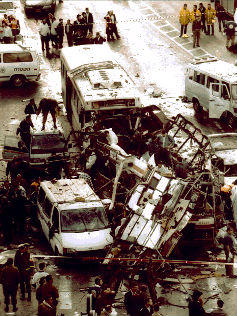 The question remains as to how the status of Hamas might change in the event a unity government reconciling Fatah and Hamas does come to pass. On this point too, Bigot told Issacharoff that Hamas would still be required to adhere to the Quartet principles in order for the resulting government to be acceptable to France, with the overall responsibility remaining with Abbas

Of course, that does not mean that the other EU members will take a similar position.

Now will France take a similar stance in pushing for Hezbollah to be placed on that same terrorist list?