Motzei Shabbat (After Shabbat)
A peaceful Shabbat and I was not expecting to post again until after Prime Minister Netanyahu speaks tomorrow night.  But I logged on to my computer tonight and took a look at the news -- which is what motivated me to do this posting, which I hope will be brief.
"Unreal!" is a term used metaphorically to ask "How can this be??" That's what I'm asking. But the rub is that what I'm reading is not fiction, it's real -- no matter how incredible it may seem.
Decide for yourselves if you can reconcile these various news items, or if they seem "unreal!" to you, as well, even as they are happening:
~~~~~~~~~~

Netanyahu gave an NBC an interview on Wednesday, in which he said that:

"Iran is developing intercontinental ballistic missiles that could reach the U.S., whose 'purpose is to arm them with a nuclear payload.'

"Netanyahu stressed that Iran is not governed by Rouhani, but by its Supreme Leader Ayatollah Khamenei. During the interview he said Khamenei head[ed] a 'messianic, apocalyptic, radical regime' and therefore cannot be trusted.'" 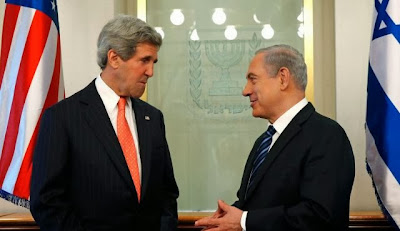 "Our assessment [about the length of time until Iran can build a bomb] continues to be a year or more away. And in fact, actually, our estimate is probably more conservative than the estimates of Israeli intelligence services."

Read: Obama: Iran 'year or more' from nuke capability
There's no "probably" about it, my friends, and the president undoubtedly knows it. This is what Netanyahu said in his UN speech (emphasis added):

"Last year when I spoke here at the UN I drew a red line. Now, Iran has been very careful not to cross that line but Iran is positioning itself to race across that line in the future at a time of its choosing. Iran wants to be in a position to rush forward to build nuclear bombs before the international community can detect it and much less prevent it."

Read: Full text of Netanyahu’s 2013 speech to the UN General Assembly
There has been a running disagreement between the US and Israel regarding whether it would be possible to determine when Iran was actually constructing a bomb, with Israel maintaining that it would not, and that Iran had to be stopped prior to that point.
Yet Obama would have us believe that he can sail on for another year or more without putting the world at risk in this matter.
~~~~~~~~~~
But we're not done yet.  YNet tonight cited an unnamed diplomat involved in the negotiations with Iran, who said:


"Israel will not be in the room if and when a deal is done. We take Israeli concerns very seriously. But I have a feeling that Netanyahu is slightly out of step with other nations at the moment."

Israel didn't have "veto" power, he indicated.  And were Israel in the room when negotiations were done, it would be unlikely to get everything Netanyahu was demanding.
While Gary Samore - until recently the top nuclear proliferation expert on Obama's national security staff - explained to YNet that (emphasis added):

"Negotiating means there will have to be some give on both sides.

"I think it's unlikely that we are in a position to dictate to the Iranians that they have to meet all of our demands."

Read: 'Israel doesn't have veto powers over Iran issue'
I've used many adjectives as I've written these posts,describing this situation: deplorable, despicable, dangerous.  None suffice here.  This statement so totally, willfully misses the point Netanyahu was making that it's impossible not to read malice of intent - that is, ultimately a gleeful willingness to allow Iran to go nuclear.
We all knew it, that Obama's "the military option has not been taken off the table" was not sincere. After the Syrian fiasco it was a farce. But this statement boldly puts the lie to it.
The whole point of having a military option on the table is so that Iran CAN be dictated to. This is not a question of two equal parties sitting down to give a little and take a little.
You sit across from the representatives of the state that is the biggest promoter of terrorism in the world today, and which has a history of deception and which has said it wants to take Israel off the face of the earth, and which terrifies Saudis and other Sunni Arab states, and which is aiming to send nuclear missiles to the eastern coast of the US, and you say, "Look guys, either do what we say, or we're going to hit you so hard that your heads will spin off of your necks.  We don't advise you to test us on this."
Say it diplomatically, if you will, but say it.
The world has not learned...
~~~~~~~~~~
Keep communicating to your elected representatives in Congress the need for a tough stance on Iran.  They get it and Congress is looking to increase sanctions.
But the State Department is saying it would be "helpful" if the Senate held off on this:
On Thursday, Under Secretary of State for Political Affairs Wendy Sherman told the Senate Foreign Relations Committee, "We will be looking for specific steps by Iran that address core issues....


"The Iranians in return will doubtless be seeking some relief from comprehensive international sanctions that are now in place."

Read: State Dept. to Congress: Don’t Sanction Iran
~~~~~~~~~~
Iran’s Supreme Leader Ayatollah Ali Khamenei said today that 'some" aspects of President Hassan Rouhani’s trip to the United Nations General Assembly in New York last month were “not proper."  It was believed he was referring to Rouhani's phone conversation with Obama.

"We are pessimistic towards the Americans and do not put any trust in them. The American government is untrustworthy, supercilious and unreasonable, and breaks its promises."

Read: Slamming US and Israel, Khamenei raps aspects of Rouhani’s NY visit
Will Obama work overtime now to show the Iranians how much they can trust him?  The answer is self-evident.
~~~~~~~~~~
I end with an exceedingly real by statement by Avigdor Lieberman, head of Yisrael Beitenu, and chair of the Knesset Foreign Relations and Defense Committee (emphasis added):
There is not even "a quarter" of a sign that Iran is slowing its nuclear development, he said. "All international intelligence agencies are aware that nothing has changed.

"Israel is prepared to deal with the Iranian problem. Even if we stand alone. It’s better to be alone and stay alive rather than toe the line and go up in flames."

Read: Liberman on Iran: ‘Better to be alone and stay alive’
Amen on this!
Lieberman recalled the world opposition to our bombing the Iraqi reactor in 1981.  Now, he said, the world recognizes that "we were right… The whole world would have paid the price" if Israel had not intervened. 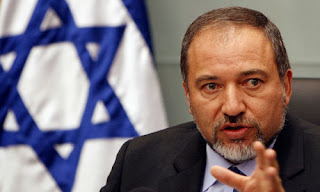 Credit: theguardian
~~~~~~~~~~
An October 2 Israel Hayom-New Wave Research poll shows that 65.6% Israeli Jews would support a unilateral Israeli strike even without international support, with only 21.8% opposed.
Read: Poll: Two-thirds of Israeli Jews back unilateral Iran strike
We get it.
~~~~~~~~~~
© Arlene Kushner. This material is produced by Arlene Kushner, functioning as an independent journalist. Permission is granted for it to be reproduced only with proper attribution.


Technorati Tag: Israel and Iran and John Kerry and Rouhani.