Do you know what the United Nations Relief and Works Agency for Palestine Refugees in the Near East (UNRWA) is for? It's an agency used to provide aid in various ways to refugees, such as summer camps. The agency is largely funded by countries and unions, such as the United States, European Union and United Kingdom. But what exactly are they funding?

An apparently, the fact that under the aegis of UNRWA "Palestinian" Arabs are being taught to hate Christians as well does not bother them either. 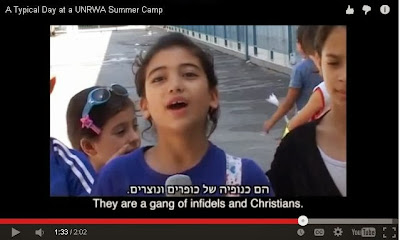