The following by Phyllis Chesler is reposted here with permission of Middle East Forum:

The cover is shocking, gruesome, and bold. It features the face of a woman encased in plastic, being smothered to death. A video shows the plastic wrapping being ripped open, "signifying the release of women from violence."
Cosmopolitan magazine in the UK has released a mock-up cover of their February issue, designed by Leo Burnett Chase,  as part of a campaign to raise awareness about honor killings. The cover is that of a 17-year-old British-Pakistani girl, Shafilea Ahmed, who was suffocated to death by her parents in 2003 for the crime of refusing an arranged marriage.

Cosmo has joined Karma Nirvana and the Henry Jackson Society in organizing an "inaugural Day of Memory for Britain's Lost Women, which will take placeJuly 14—the day of Shafilea Ahmed's birthday."

Will mainstreaming a critique of honor killing reach those most likely to perpetrate so dishonorable a crime? Are this cover and the planned campaign proof that some Europeans are ready to relinquish the failed doctrine of multi-cultural relativism, appeasement, and the "soft" double standard of racism? Is the British legal system finally ready to do whatever it takes to abolish barbaric cultural practices?

Shafilea Ahmed was a young British-Pakistani girl whose only crime was that of becoming too "Western." Her parents allegedly sedated her without her knowledge and packed her off to Pakistan to meet her much older cousin to whom she had been promised in marriage. Shafilea responded by drinking bleach in a failed suicide attempt. She refused the marriage. Her mother, Farzana, was furious that she had "made a scene."


It should be, even in our less than perfect world, that international courts were bastions of ethical judgment and impartiality. OK, maybe that’s expecting too much.  Shall we say, just institutions that model some degree of ethical judgment and impartiality. But even this is expecting too much in today’s climate of severely distorted perceptions and values.

The court I have in mind, of course, is the International Criminal Court, which is just one more corrupt – and politically correct – international body.  As today’s JPost editorial has it: the court is unable to “differentiate between good and bad.” Ah, yes.

Crossing the Line 2: The New Face of Anti-Semitism on Campus


Anti-Semitism is once again emerging from the shadows on US college campuses, in the guise of anti-Zionism.

Crossing the Line 2: The New Face of Anti-Semitism on Campus reveals the proliferation of anti-Israel activities and anti-Semitic rhetoric on North American university campuses. The line between fair criticism of Israel and anti-Semitism has been crossed, and we are witnessing increased hatred and violence across North American universities – from biased faculty members, eviction notices, and hostile classroom atmospheres, to national campaigns such as Israel Apartheid Week (IAW) and the Boycott, Divestment and Sanctions (BDS) movement. Crossing the Line 2 educates and empowers students and communities to learn more about current anti-Israel trends and take action.

Email ThisBlogThis!Share to TwitterShare to FacebookShare to Pinterest
Labels: Antisemitism On Campus


How many times do we have to witness the funerals of innocent Jews cut down in their prime by terrorists?

Sadly, a rhetorical question.  We’ve already witnessed it too many times.  And we know with a reasonable certainty that we are going to witness this yet again. 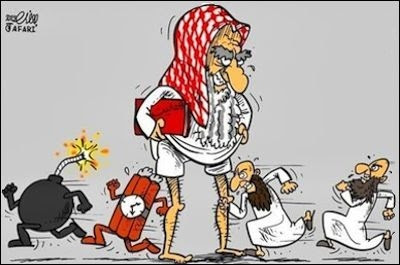