Arlene Kushner on Obama, Netanyahu and Abbas at the United Nations

You will find that during this High Holiday season – and extending through Sukkot – my postings will be less frequent.  I hope that all who celebrated Rosh Hashana found it meaningful and joyful.

Besides being the High Holiday season, this is also the time of year when a new session of the UN General Assembly starts (hardly to be compared in one breath!).  This means – aren’t we lucky? – that various heads of state and assorted other persons address the GA.

Last Wednesday (which was the eve of Rosh Hashana), President Obama spoke.  Ben Shapiro, a skilled and perceptive analyst – as well as a Harvard-trained lawyer – has written a piece on that speech that summarizes the important points neatly. 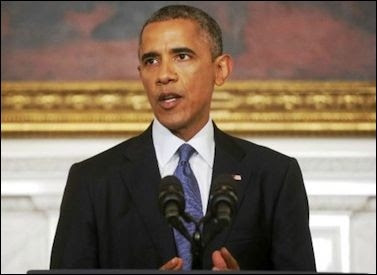 Arlene Kushner on How Think Tanks -- and Martin Indyk -- Are Bought

The news appeared recently in several media sources, that major think tanks in Washington DC are being funded by foreign governments.  This is huge.  But you may have missed it.

It was the NY Times that broke the story, and I quote here (emphasis added):


“The agreement signed last year by the Norway Ministry of Foreign Affairs was explicit: For $5 million, Norway’s partner in Washington would push top officials at the White House, at the Treasury Department and in Congress to double spending on a United States foreign aid program.

“But the recipient of the cash was not one of the many Beltway lobbying firms that work every year on behalf of foreign governments.

“It was the Center for Global Development, a nonprofit research organization, or think tank, one of many such groups in Washington that lawmakers, government officials and the news media have long relied on to provide independent policy analysis and scholarship.

Arlene Kushner: On The UN -- After Failing in Syria, It Will Guarantee Success in Gaza!


Much of what goes on in the world these days has a surreal quality. But here’s a case that is sort of emblematic of a host of situations:


“Syrian rebels linked to Al-Qaeda have seized UN weapons, uniforms and vehicles from peacekeepers in the Golan and set up a ‘safe zone’ to wage attacks, the Syrian ambassador said Tuesday.

“The United Nations on Monday was forced to pull back hundreds of peacekeepers to the Israeli-occupied sector of the Golan (sic) after Syrian rebels advanced on their positions.

ISIS - Since When Are US Politicians So Expert On Who Is and Isn't Islamic?

The following by Daniel Pipes is reposted with permission:

ISIS Is Not Islamic?

In a televised address this evening, President Barack Obama outlined his ideas on how to defeat the Islamic State. Along the way, he declared the organization variously known as ISIS or ISIL to be "not Islamic."

In making this preposterous claim, Obama joins his two immediate predecessors in pronouncing on what is not Islamic. Bill Clinton called the Taliban treatment of women and children "a terrible perversion of Islam." George W. Bush deemed that 9/11 and other acts of violence against innocents "violate the fundamental tenets of the Islamic faith."

None of the three has any basis for such assertions.

Email ThisBlogThis!Share to TwitterShare to FacebookShare to Pinterest
Labels: ISIS

Arlene Kushner on Why Israel Can Allocate 1,000 Acres in Gush Etzion for Housing

These are particularly tough times for Israel (and for Jews more broadly). The situation demands steady nerves and absolute determination to pursue our course with conviction.  Is is difficult, indeed, not to be deflected by rage, which enervates, or to fall into depression, the flip side of that rage.

The world, which has turned upside down, is smoldering, and on the cusp of bursting into flames.

But in the face of consummate and breathtaking evil, attacking Israel occupies the attention of the western world.  For we have done something that is deemed terrible: we have allocated close to 1,000 acres in the Gush Etzion area as state land available for future housing.

Why Does The Media Still Ignore Those Palestinians Killed And Maimed by Hamas?

During Israel's Operation Protective Edge, we all saw the enthusiasm of the media in publishing photos of dead Gazans and using Hamas numbers to report on how many were killed.

What about the side of the story that the media still has not reported on?


The Fatah leaders – members of the faction's Central Committee, a body dominated by supporters of Palestinian Authority [PA] President Mahmoud Abbas – accused Hamas militiamen of shooting dozens of their activists in the Gaza Strip in the legs and other parts of the body.