Hadeed Al-Haddad: From Shaheed To Just A Child Killed By Hamas 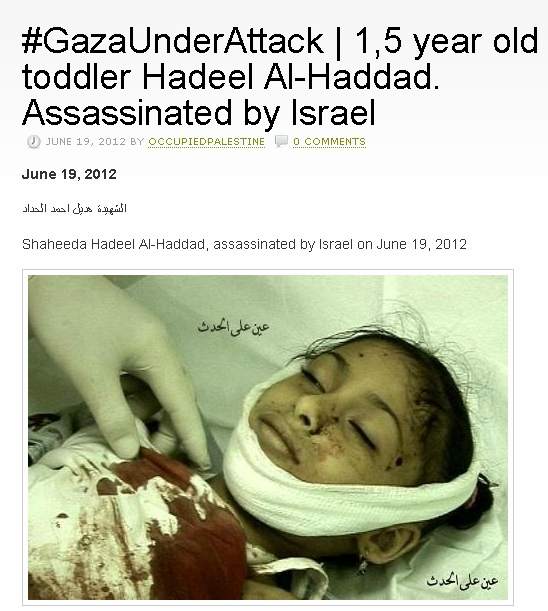 Occupied Palestine removed the page and replaced it with the headline:
#GazaUnderAttack | June 19, 2012 | Toddler killed in Gaza explosion

They replaced the picture of Al-Haddad with this:

Apparently, once Hadeel Al-Haddad was transformed from a "shaheed" assassinated by Israel into a child killed by Hamas negligence, showing her picture was no longer considered necessary (or desirable).

But Hadeel Al-Haddad, and all of the other children in Gaza deserve better.


Shame on the Hamas terrorists and their enablers at Occupied Palestine for exploiting Hadeel Al-Haddad and then tossing her aside.