Tomorrow eve ushers in the holiest day in the Jewish calendar.  It is a day of personal soul searching and repentance, which we are told seals our fates for the year ahead.  If we have repented and prayed in earnest (and made things right with our fellow human beings, and given charity), by the time the Gates of Repentance close, we can rejoice that we will have been forgiven.
May each of us be sealed for a year of blessing. 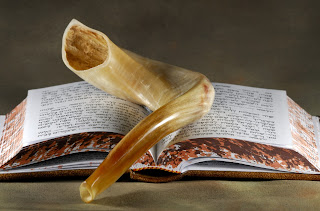 Credit: templejudeapbc
~~~~~~~~~~
Today, then, I will post and -- barring something extraordinary -- will not do so again until after Yom Kippur.  To be whole, sometimes it is essential to turn away from all of the politics and craziness.
~~~~~~~~~~
My posting yesterday elicited a barrage of comments from readers.  Let me be as brief here as I can:

I will continue to follow this...
~~~~~~~~~~
But now on to another situation, another concern: Our relationship with the PA and how the "negotiations" are going.
It's not simply a matter of the Palestinian Arabs not having good intentions with regard to truly negotiating a "two state solution."  It has become quite clear that they -- as wily as they also are -- are attempting to use the pretense of negotiations to squeeze Israel into a corner.  Here, again, what matters is the strength of our leadership.
It was specified within the terms of the negotiations that only Kerry would make public announcements about what was transpiring  As was fully expected, the PA is not playing by the rules and is using leaks for its own purposes.  Israeli officials have been badly irked by this, and have registered protests.  Whether they'll do more than protest (e.g., refuse to release additional prisoners) remains to be seen.
Here I share what Khaled Abu Toameh (pictured below) wrote this week in "Peace Talks: What Is Behind the Palestinian Message?"  (emphasis added):

"Others have also been briefing reporters 'on condition of anonymity' -- in violation of understandings reached with the Americans...

"...the Palestinian officials' comments about Israeli 'intransigence' and 'arrogance' are aimed at paving the way for holding Israel fully responsible for the failure of the peace talks. The message that the Palestinian officials are trying to send out to their own people and the international community is that the Israeli government, contrary to its public stance, is not interested in peace.

"By sounding the alarm bell already, the Palestinians are hoping that when the talks fail they will be able to tell the world, 'You see, we told you from the beginning that these Israelis do not want peace'...

"Asked why the Palestinians are not making good their threat to walk out of the 'unproductive' talks, a senior Palestinian official explained: 'We cannot pull out at this stage because of American and European pressure. We will continue with the talks for six to nine months in order to show the world in the end that Israel is not interested in peace.'

"For now, the Palestinian Authority's strategy is to continue talking while at the same time blaming Israel for the lack of progress.

"Palestinian officials are hoping that by the time the talks fail, the world would have absorbed their message: namely, that the Israelis are not interested in peace. The Palestinian Authority's next step would be to seek international intervention and pressure to force Israel to accept all its demands, including a full withdrawal to the pre-1967 lines."

Read: Peace Talks: What Is Behind The Palestinian Message? 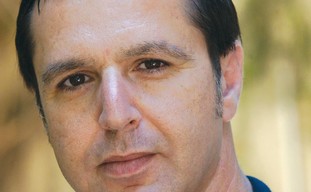 Credit: camera
~~~~~~~~~~
Now, I ask you to consider very carefully what is described here, for this is the routine pattern of PA officials:  They do not take a stance. They take it again and again every few minutes.  How many times have you read about Abbas demanding that we return to the "'67 border."?  It's because he has said it perhaps ten thousand times that the world has absorbed this terminology as if it were truth.
What I suggest here, and what I hope to focus on in the weeks and months ahead, is the need for us to emphasize the facts, again and again and again.  To talk about our rights until an obtuse public begins to absorb the reality of those rights.  "The '67 line was only a temporary armistice line.  When Jordan signed the armistice agreement with Israel in 1949, it was agreed that the line would not prejudice final negotiations on a permanent border."  "The '67 line was only a temporary armistice line."  "The '67 line was only..."  In talks, and op-eds and radio call in shows, and talk-backs on the Internet. Time to take the offense across the board.  We've been too passive, too Western, in dealing with people who readily distort truth.
~~~~~~~~~~
At the same time that the Palestinian Arabs are stepping up their propaganda war, they are also heating matters up with regard to violence.
Al-Aksa Brigades, the "military" arm of Fatah (the PA's majority party), has announced that as of this Friday they will once again be endorsing terror acts against Israelis.  Why?

"The invasion of the compound by hordes of settlers, and the harm to [Muslim] worshipers, with no intervention from the international community."

Read: Fatah Declares War over Temple Mount: ‘Green Light’ on Terror
Something else to deal with in the weeks and months ahead.  Mark my words: the Temple Mount is at the heart of the battle for this land.  While Muslims have chosen to behave as if it is exclusively theirs, Jewish leaders and some rabbis have been encouraging more frequent Jewish visitation to the Mount, to make a clear declaration of the Jewish claim to this holiest of sites.
I urge every Jew, whether a resident of Israel or a visitor, to go up on the Mount, with an appropriate and knowledgeable guide. 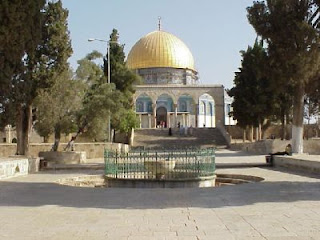 Credit: holylandphotos
~~~~~~~~~~
Friday, with everything else, is also the twentieth anniversary of the Oslo Accords, that ill-begotten diplomatic error -- founded on dreams rather than reality -- that has brought us so much grief.
I share here an article Tourism Minister Uzi Landau (Yisrael Beitenu) has just written on this subject (emphasis added):

"Twenty years after this agreement was signed, we must admit that it has been a historic failure.

"The Oslo vision stated that in the New Middle East, there would be no more wars, that the conflict was not about the existence of Israel, but about territory. It claimed that if we would just give the Palestinians a state, there would be peace.

"We took Arafat the terrorist and transformed him into a partner for peace. The Palestinians are no longer our enemies who want to kill us, but our neighbors. And terrorists became 'freedom fighters' who were protesting the 'occupation,' the cause of their terror. The Israeli people were told that a peace agreement would bring security, instead of security bringing peace. And above all, if no agreement was reached, then we would be the guilty party because we did not give up enough. We were promised a day of celebration, but instead it turned out to be a day of mourning. Instead of sanctifying life, we’ve buried our dead and cared for our crippled and injured.

"In retrospect, the Oslo Accord does not reflect political wisdom or even a calculated risk. It was simply a dangerous gamble."

We're headed down a slippery slope if we continue as we've been going.  Says Landau, "a Palestinian state should not be allowed to be formed under the current circumstances."  What he proposes is a long-term interim agreement --  "based on facts on the ground" -- "that would allow the Israelis and Palestinians to live side by side and address any security problems and implement any necessary economic improvement."
Read: Oslo and Israel’s red lines
~~~~~~~~~~
I wouldn't go where he is going.  I see it as also dangerous, because the Palestinian Arabs are encroaching daily on Area C; the land is ours and must be safeguarded.  But I give him credit for renouncing Oslo as a possibility and seeking another alternative.  That's the beginning of new thinking: seeking other alternatives.
Landau is now the second minister in the government, albeit not nearly as powerful as Moshe Ya'alon, to come out within only days against the formation of a Palestinian state, even as the government is still involved in those negotiations.
What we are seeing, just possibly, is that certain elements within the government are beginning a campaign of truth telling: This will not work!
~~~~~~~~~~
And so my last word before Yom Kippur on this political subject is that it does appear we're in for changes.  In 2009, Prime Minister Netanyahu gave his "Bar Ilan speech," in which he embraced a "two state solution."
It has now been announced that he will be speaking at Bar Ilan University again on October 6, at the opening of the 20th anniversary international conference of the Begin-Sadat Center for Strategic Studies.
His talk: "The State of Israel’s Challenges, 2020 Vision: Israel’s Perils and Prospects."
It would definitely appear then that the Palestinian Arabs will not have the last word; they may have imagined that they were operating in a vacuum, but they most decidedly are not. "2020 Vision" implies that our prime minister is seeing matters clearly.  Let us pray that this really is the case.
Maariv has said that the prime minister's speech "will have a significant impact on government policy regarding the Palestinian issue in the coming years."
Read: Netanyahu to Give Second ‘Bar-Ilan Speech’ University Confirms; Unveiling of New Policy Expected
I will not share here rumors I've heard, which are very tentative, and suggest half-way solutions.  We will have to wait until October.
And now?  Let us pray that Netanyahu will be guided by Heaven, to come to a place that is good for the people of Israel.
~~~~~~~~~~
© Arlene Kushner. This material is produced by Arlene Kushner, functioning as an independent journalist. Permission is granted for it to be reproduced only with proper attribution.


Technorati Tag: Israel and Syria and Palestinians and Peace Talks.