Iran Won't Allow Verification Of Its Nuclear Sites -- Will Obama Backtrack on Yet Another Condition For A Nuclear Deal?


Talks over Iran’s nuclear program have hit a stumbling block a week before a key deadline because Tehran has failed to cooperate with a United Nations probe into whether it tried to build atomic weapons in the past, say people close to the negotiations.

The Israel Project has been following this and other developments very closely. In a series of emails it sent out, TIP explained the huge significance of Iran's refusal.

It's important to remember why "possible military dimensions" (PMDs) matter. The label is a bit misleading: it makes it sound like the IAEA is only investigating weaponization work. That's allowed some people to mischaracterize the issue as 'the West is trying to extract a 'mea culpa' from the Iranians to embarrass them' (the NYT had a typical example a few weeks ago, sourced to a former American negotiator who rhetorically asked "is it worth blowing up a potential agreement in the name of forcing a confession?") But that's not it.

PMD disclosure is about baselining all of Iran's nuclear activities - not just its known civilian parts - as a prerequisite for verifying that those activities have been halted under a nuclear deal. Iran has uranium mines; some are civilian and some are military. It has centrifuges; some are operated by civilians and some by IRGC personnel. It has uranium stockpiles; some are maintained by civilians and some by the military. There's no way for future inspectors to verify that Iran has shuttered its mines, stopped its centrifuges, and shipped off its stockpile - for instance - unless the IAEA knows where all the mines and stockpiles are.

No PMDs mean no verification. 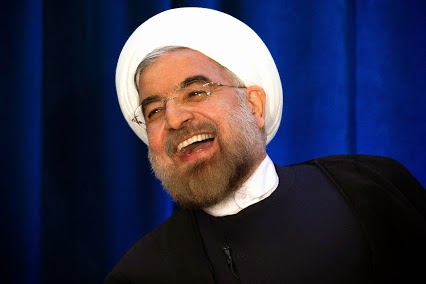 Significantly, the Wall Street Journal reports that in response to Iran's refusal, the US is considering backing off on those demands.

Besides undercutting an effective verification of Iran's nuclear program, backtracking by the West at this point creates other dangers:
Needless to say, backtracking on the requirement of Iranian disclosures represents a major backtrack in Obama's promise that negotiators would get significant concessions on PMD's and verification.


"Any deal must ensure frequent and intrusive inspections at Iran’s nuclear sites, including the uranium mills that produce the material fed into Iran’s enrichment and conversion facilities, to create a multilayered transparency regime that provides the international community with the confidence it demands… Any deal must also address the possible military dimensions of Iran's nuclear program. And going forward, we will not accept a deal that fails to provide the access we need to ensure that Iran’s program is peaceful"

In a 2013 interview, Obama promised to cooperate with Congress if Iran would not provide PMD assurances:


“If Iran comes back and says, we can’t give you assurances that we’re not going to weaponize, if they’re not willing to address some of their capabilities that we know could end up resulting in them having breakout capacity, it’s not going to be hard for us to turn the dials back, strengthen sanctions even further. I’ll work with members of Congress to put even more pressure on Iran”


“Iran is on notice that when we meet with them on Oct. 1, they are going to have to come clean”

March 31 is the deadline for reaching a framework for an agreement with Iran.

That is, assuming that deadlines mean anything anymore.