Arlene Kushner on the Israel-Hamas Ceasefire: Are We Looking At A Resumption of Hostilities During Rosh HaShanah and Yom Kippur?

The truth: There is no entirely satisfactory resolution to our war with Hamas (the war that is not called a war).

Aside, of course, from that “ultimate” resolution in which we would fully retake Gaza and banish all terrorists and jihadis - thereby creating a peaceful situation in Gaza and a situation of deterrence with regard to terrorists in other locales – and then rebuild Gush Katif, helping the former residents to return.

Certainly I am among those who dream of such a thing.   And I do believe in the importance of dreams.  I know that there would be no Israel without dreams and the courage to act upon them.

But I also know that this vision is not about to be realized. There are a variety of factors that are arrayed against us and render this scenario severely problematic. I’ve covered them before:


And so we must resign ourselves to something less.

~~~~~~~~~~
Some of my readers have written to me to tell me what the Israeli government “must” or “should” do.  They learned that I was sometimes less than receptive to this.  For I believe there are many extenuating factors that make it difficult if not impossible for someone from the outside to judge precisely what “must” or “should” be done.  In responding to critics, I have tried to give the government reasonable latitude – understanding that there is always much that is going on under the surface.

What I had wanted to consider today were possible resolutions in real terms that took into account a variety of different and often painful factors – part-way or not totally satisfactory resolutions, but resolutions that might be considered a gain nonetheless.

HOWEVER... we seem to be caught now in a situation that is very far from satisfactory resolution.  Too far.

From my perspective there had to be certain parameters to any resolution: Hamas should not be rewarded for its attack on Israel.  It should not receive something as enticement to get it to stop firing upon us.  It should be sufficiently vanquished so that it would petition us for a respite.  (“Sufficiently vanquished” does not mean finally defeated.)

Most importantly, Israel must (now I use that word) convey strength.  And Hamas must be prevented from re-arming (leave aside the question of whether it would have to  surrender the rockets it currently has).

Just hours ago, Prime Minister Netanyahu accepted a ceasefire as proposed by Egypt, which went into effect at 7 PM Israel time.  All of its parameters are not yet known, and so I will have to return to this. But I have searched my sources of information and have yet to discover anything about this that conveys Israel’s strength.

In a nutshell now: The ceasefire, accepted also by Hamas and Islamic Jihad, is for a month.  At the end of the month, negotiations would begin on the demands of each side: from our side, demilitarization of Hamas; from the Hamas side, lifting of the blockade of Gaza, building of a seaport and airport, release of prisoners, etc.

This ceasefire, then, is another temporary one, albeit for a longer period of time.  It is not permanent, and in point of fact is likely to fall apart once the difficult issues are approached.  What would happen then is that Hamas – which would have had a month to regroup and manufacture more rockets - would begin to launch rockets again.  And where does a month leave us? Right at the time of our High Holidays.

At this time, the restrictions for Gaza fishermen will be relaxed, with the limit being extended to six nautical miles. And apparently two crossings will be opened under Israeli supervision to allow in humanitarian supplies and building supplies for reconstruction.  (What kind of materials?)  It is entirely unclear what sort of supervision there would be inside of Gaza to make certain that the materials were used appropriately or who would oversee the reconstruction.  What would UNRWA’s role be?

I am not finding anything definitive in terms of the PA role, which might include oversight of reconstruction.  Certainly there had been much made previously of anticipated PA supervision at crossings, and I do believe that Egypt has already consented to PA supervision at the Rafah crossing into Egypt.

A statement was made recently by a representative of the EU, who said that the EU wanted to be involved.  How? They would supervise the PA to be sure it was doing the job it was supposed to do at the crossings. That’s reassuring, is it not?

It should be noted here that Netanyahu approved the ceasefire without allowing a vote in the Security Cabinet, even though Naftali Bennett had requested one. Clearly, the prime minister had unease about whether the Cabinet would approve this move.  This action, while unpalatable, was legal.

Netanyahu had been doing very well in polls of the Israeli electorate until this week, when his approval rating dropped some 17%, to 38%.  I anticipate considerable distress within the government, the Knesset and the electorate in the wake of Netanyahu’s current decision. 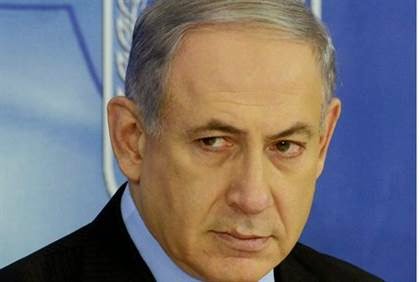 One source I encountered now said that in a month Israel would resume negotiations with the PA. That this was going to be pushed on us is no surprise, but I believe this is still a projection for down the road – not a statement of Israel’s commitment at present.

I think of everything I find this prospect most offensive.  Abbas is the good buddy of Hamas’s Mashaal.  Representatives of Fatah sat at the negotiations during ceasefires with Hamas, and spoke for Hamas.  Abbas has never renounced the “unity government.”  Yet we are supposed to consider the PA “moderate,” a partner for peace.  This is the sort of stuff that drives me to consider running my head into the wall.

Retired US general John Allen came to town last night to meet with Israeli officials regarding the renewal of peace talks after there is a ceasefire.
http://www.timesofisrael.com/top-us-general-in-israel-for-post-ceasefire-talks/

Who knows what message Allen conveyed from Obama to Netanyahu and how this played into Netanyahu’s decision to accept the ceasefire proposal.

Gen. Allen was the one who came here to design a “security plan” for the Jordan Valley that was supposed to advance our negotiations with the PA some months ago; Israel rejected his ideas.

Israeli officials are pointing out how badly damaged Hamas is as a result of the fighting. This is certainly the case, but what happened is that Hamas, with its back to the wall, adamantly refused to stop launching those rockets.  The entire scenario continued far longer than Israeli military had anticipated it would – we were entering a war of attrition, which is something Israel wanted to avoid – especially as residents of the south had left their homes and were demanding quiet.


Technorati Tag: Israel and Gaza and Hamas and Operation Protective Edge and Ceasefire.