Arlene Kushner on Hamas, And Signs of Trouble Down the Road

The Chanukah week, which is now closing, was a blessing.  Now, invigorated, I see that it is time to return to the serious and painful matters that face us.


This posting will be brief because I’ve spent hours today working on the plans for the Legal Grounds Campaign, which will up and running in a short while. Those of us who are working on it are excited about what is in the planning.  My readers will be kept informed, as we progress.  Here I make mention of the fact that time is quite short for Americans to secure a tax deduction for 2014, for a donation to our work.  If you indeed would like to make such a gift, please, contact me without delay.


Here I would like to focus on Hamas, as signs of trouble down the road with this group are strong.

My position when the recent war ended was that it would not have been prudent for the IDF to assume the task of fully taking out Hamas – a position with which some certainly disagreed .  I have continued to maintain this position, because had we become enmeshed in a lengthy and exhausting battle inside of Gaza that might have depleted our ability to take on Hezbollah or other radicals at the Syrian border.  (With those other elements more likely to move on us, if they were aware that we were distracted elsewhere.) Were Hamas the only radical jihadist element we had to deal with, the assessment might have been different.


But I felt then, and believe this to be the case even more strongly now, that more could have been done to weaken Hamas before a ceasefire was declared.


And I would expect that if it becomes necessary for us to take on Hamas again before long, we would then be inclined to finish them.  In fact, Intelligence Minister Yuval Steinitz addressed this very matter today, saying that by threatening Israel’s security situation at the border with Israel (see below), Hamas risks a “comprehensive military operation that will involve full demolition of its military and government infrastructure alike.”


Please, see the briefing on the subject of Hamas – “Hamas and Muslim Brotherhood have their sites on the West Bank and Jordan” - done by journalist Pinchas Inbari for the Jerusalem Center for Public Affairs:

“Hamas is now directly threatening Fatah that it will take over the West Bank. Senior Gaza-based Hamas official Mahmoud al-Zahar declared on Dec. 14: ‘Just as we liberated Gaza, just as we established a real national government in it...we will make the same effort in the West Bank as we prepare to extend our presence to all of Palestine.’

“...The failure of the reconciliation talks with the PA in Ramallah stems from Hamas's insistence on being a Muslim Brotherhood movement and not a national Palestinian one.

“Hamas is in a tight bind. Egypt is systematically destroying the tunnels from Sinai into Gaza and is planning to build a moat that will flood the tunnels to finally seal off Gaza from Egypt. Economically, Gaza has lost its oxygen supply from Sinai.

“So Hamas has decided to export its crisis from Gaza to the West Bank. Hamas seeks to replace the window to the Arab world that Sinai provided with another window - in the direction of Jordan. (Emphasis added)

“PA sources in Ramallah suspect that the Hamas delegation that recently visited Tehran was seeking Iran's help for carrying out a takeover of the West Bank.”


This situation makes clear, once again, the necessity for a strong IDF presence in all of Judea and Samaria.  This is, first and foremost, for the sake of Israel’s security.  But this is something that is important for Jordan (which has been arresting Brotherhood people), as well – whether Jordan publicly acknowledges this or not.


Yesterday, there was a statement by Minister of Defense Moshe Ya’alon, indicating that Hamas was rebuilding what he refers to as “defensive” tunnels.  By this he means tunnels being constructed inside of Gaza, which allow terrorist fighters to move about in a safe underground environment, transfer weapons from one location to another, etc.


With all due respect to Minister Ya’alon, the purpose of these tunnels is not precisely “defensive.”  Their construction is in anticipation of a war that Hamas would generate, so that its fighters would be able to operate more effectively.  He uses the term to different between these tunnels and clearly “offensive” tunnels built under the south of Israel – for purposes of direct attack.


So far, there is no sign of “offensive” tunnels being built, but the danger of this happening persists.  If a “defensive” tunnel is excavated near the border with Israel, it doesn’t take much to move into Israeli territory. And, in fact, residents in the south of Israel are concerned about signs of excavation right adjacent to the border:


Among the many questions to be asked here is where the concrete for these tunnels is coming from.  Building materials have been let in for “civilian” purposes, but it is all a mockery, as the monitoring simply is not in place to ensure that Hamas doesn’t co-opt this material for its own purposes.


Talk is so very cheap. All the talk at the end of the war about a “demilitarized” Hamas, and careful monitoring, and...


A rocket was launched from Gaza into the Eshkol region of Israel on Friday; it caused no damage.  Israel retaliated with a hit on a cement factory in Khan Yunis in the south of Gaza.


This morning there was sniper fire across the border from Gaza into Israel that seriously wounded one IDF soldier – a member of the Bedouin Reconnaissance Battalion.  Return fire by Israel succeeded in taking down Tayseer al-Ismary, head of the surveillance unit in Hamas's Al-Qassam Brigades and wounding two other members of Hamas.


There are assessments that the two attacks, described here, were by “renegade” elements not connected with Hamas.  But that can be carried only so far.

Netanyahu today said that "We will respond forcefully every time there is an attempt to break the quiet...”


I will return to discuss the political circus and other matters in my next posting.
Here, as Christmas eve approaches, I wish my Christian friends a meaningful and joyous holiday. 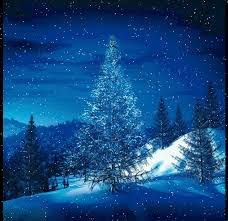 Credit: memespp
~~~~~~~~~~
© Arlene Kushner. This material is produced by Arlene Kushner, functioning as an independent journalist. Permission is granted for it to be reproduced only with proper attribution.