This Way and That

Some news a tad encouraging, and other news that’s nothing short of infuriating. Sometimes it’s hard to determine whether we have, on average, broken even.  Doesn’t look so here.
~~~~~~~~~~
But let’s put that aside from a moment, and attend to first things first.  It is Chanukah, and I want to share a video that is absolutely beautiful, in terms of tying together Chanukah and an understanding of who we are.
Charlie Harary is an inspirational speaker, whose videos are frequently used by Aish.  But never before have I seen one that is as brilliant and inspiring as this one. If you attend to nothing else in this posting, please do see this.  He touches on an essential truth of our uniqueness: 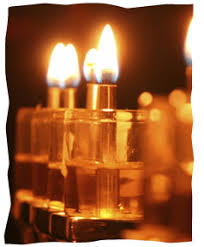 ~~~~~~~~~~
As to news that is possibly good in some respects and most decidedly not in others:
According to the reports late yesterday, Kerry had told Palestinian Arab negotiator Saeb Erekat and other world leaders that the US would veto the PA proposal on Israeli withdrawal to the ‘67 lines, which was to be submitted to the Security Council.  Kerry was opposed to the draft of the proposal approved by the Arab League.
http://www.ynetnews.com/articles/0,7340,L-4604469,00.html
That was tentatively good news.  But that was yesterday. Today, the word is that a PA version and a French version of a proposed resolution have been combined.  The only definitive information I have on this at present is that in order for the Palestinian Arabs to agree to merge versions, the French had to remove reference to a Jewish state.
And now the question is whether Kerry will veto this, or will see it as a “compromise” that the US can live with.
~~~~~~~~~~
And one other word about Kerry.  Yesterday I had alluded to his perspective of moral equivalency, when alluding to a “cycle of violence.” Here we have more of the same, and worse.
In speaking to reporters in London, he said:

“...ongoing unrest of the last weeks has brought new tensions to all sides…Earlier this month, two Israelis were stabbed as they shopped for groceries in the West Bank. Two more were axed to death while praying. And we were all devastated and shocked by the acid attack against an Israeli family last week. Palestinians have mourned the death of a Palestinian official, Ziad Abu Ein, and they have suffered indefensible price tag attacks, so-called price tag attacks, including the recent burning of a mosque near Ramallah.”

http://www.algemeiner.com/2014/12/16/kerry-recycles-discredited-claim-that-west-bank-mosque-fire-was-indefensible-price-tag-attack/
Well...
There were not two Israelis axed to death while praying, there were four, plus a fifth who came to protect them. And mentioning Abu Ein in this context is ludicrous.  It is playing to the PA, pure and simple.  Plus, and most significantly, what he refers to as a “price tag attack,” meaning done by Jews against Arabs, has been shown to have been the result of a faulty heater, with no evidence of arson.
~~~~~~~~~~
Yesterday, as well, the EU decided not to advance a resolution that would have urged all members to recognize a Palestinian state.  A good sign, one might think.
But today, the EU voted on a “compromise” resolution instead.  It supported, "recognition of Palestinian statehood in principle" - but as part of a two-state solution with Israel. The “two state solution”?  It would be based on the 1967 lines, with Jerusalem shared.

But this is not the worst of it.  Today the General Court of the EU in Luxembourg annulled, “on procedural grounds,” the 2001 listing of Hamas on its list of terrorist organizations.  The argument was that it was a procedural matter because what it reviewed was the original decision-making process. The original decision to include Hamas on the list, said the court, did not include the considered opinion of competent authorities, but instead relied on press and Internet reports.

http://www.ynetnews.com/articles/0,7340,L-4604665,00.html
The way I understand the problem, it’s not a question of information having been culled from the press – rather, information on Hamas came from the US and Israel, and not directly from European sources, which the court demands.
~~~~~~~~~~
The court decision is going to be appealed, and all measures on the books against Hamas will be maintained until those appeals are complete or for a period of three months.
EU Ambassador to Israel Lars Faaborg-Anderson said that the EU still considers Hamas a terror organization and will do everything it can to get it back on the list.
Sorry, not good enough.  Not by a long shot.
~~~~~~~~~~
Hamas, needless to say, is very pleased with the court finding.  Hamas official Izzat al-Rishq declared, "This is the correction of an error and an injustice that was caused to Hamas, which is a national liberation movement."
According to the Algemeiner, there are concerns that Hamas “will exploit any legal ambiguities over its present status to rebuild its organizational and fundraising network within Europe.”
Jonathan Schanzer, Vice-President for Research at the Foundation for Defense of Democracies and an expert on Hamas, voiced other concerns as well:

The Council of the EU first designated Hamas’s so-called military wing, the Izz al-Din Qassam Brigades, as terrorist, in 2001, with the designation of the entire organization following two years later.  That bifurcation – distinguishing between the military and political wings of Hamas - is erroneous; there is one Hamas organization. If the EU court refers back to this distinction, it could potentially legitimize Hamas’s political activity in Europe.


http://www.algemeiner.com/2014/12/17/doubts-emerge-over-eu-courts-justification-for-annulment-of-hamas-terror-designation/
~~~~~~~~~~
Prime Minister Netanyahu went ballistic over this ruling.
“It seems that too many in Europe, on whose soil six million Jews were slaughtered, have learned nothing,” he said.
http://www.timesofisrael.com/netanyahu-europe-learned-nothing-from-holocaust/

I would most respectfully differ with my prime minster on this.  It is not a matter of whether Europeans have learned the lessons they need to learn.  It is more a question of what matters to them.  I would suggest that the leaders of those nations where six million were slaughtered, and those nations who turned over their Jews to the Nazis, have nothing to say to Israel about how we conduct ourselves today.
And it would seem that Caroline Glick, author, columnist and political analyst, agrees.  Last week the Jerusalem Post held a Diplomatic Conference here in Jerusalem.  See here her heated response to a comment by Danish Ambassador Jesper Vahr, in the course of a panel discussion.


When you finish cheering, remember to share this link broadly. She is boldly and incisively on the mark.

Yesterday, the Taliban entered a school in Pakistan and went from room to room shooting; in the end 132 children and nine staff members were dead.

Where is the horror and outrage of the world?  Why is everyone not focused on the reality of what is going on?  How is it that the Western world has not grasped – deep in the gut – the nature of Islamic Jihadis, whether Taliban, or Hamas?
We live in a very sick world.  The Jihadis would return us to the dark ages. While others, devoid of a moral compass, are so busy equivocating and playing political games that they don’t quite notice. The Palestinian Authority is not the Taliban.  No. But the PA supports and funds terrorists.  Make no mistake about it.
But, oh, the Europeans are terribly worried about the “rights” of the Palestinian Arabs to a state and they have a court very concerned about who testified as to the terrorist nature of Hamas.  While Obama and Kerry are not far behind.
And so, perhaps we here in Israel stand alone among the nations – not the people! - of the world.  But I thank Heaven that we know how to defend with a sword and fight with light.  We will do what we need to do for ourselves, while moving ever closer to what we are meant to be: a light unto the nations.
~~~~~~~~~~
© Arlene Kushner. This material is produced by Arlene Kushner, functioning as an independent journalist. Permission is granted for it to be reproduced only with proper attribution.


Technorati Tag: Israel and John Kerry and Hamas and Abbas.