There is considerable perversity in recent words issued by members of the Obama administration.  But perverse -- which means wrongheaded or improper -- does not do it for me today. And so, pernicious.
The president of the US has spit in the face of the prime minister of Israel, and I do not take this lightly.  In the best of circumstances, what has transpired would be rude beyond imagining. But in this instance the action is pernicious -- highly injurious or destructive. 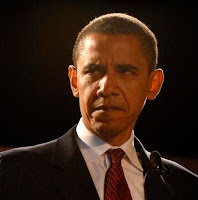 Prime Minister Netanyahu, aware of the movement of Iran towards nuclear capacity, has been deeply troubled of late by what he perceives as the failure of the president to respond to the threat with adequate seriousness.
On Sunday, he attempted, not for the first time, to reach out to the Americans with a request for a stated red line.  By this he meant a step, to be defined by the US, beyond which Iran would be warned not to go in its nuclear development.
The problem, said Netanyahu, was that the Iranians didn't take Western intentions to stop them seriously.  If there were a specific red line they might be more inclined to pay attention, and to halt their efforts.  There was no guarantee, said the prime minister, but there was a chance.
Clearly, Netanyahu, who is widely known to favor a hit on Iran, was attempting to secure US cooperation that might shift the dynamics and buy some time.  The front page of yesterday's JPost citing Netanyahu as saying that Israel was "discussing" the red lines with the US.
~~~~~~~~~~
Following this, Secretary of State Hillary Clinton, in Russia, responded to a question about red lines in an interview with Bloomberg Radio. There will be no red lines, she declared, for negotiations are "by far the best approach...we’re convinced that we have more time to focus on these sanctions, to do everything we can to bring Iran to a good-faith negotiation."
Rest assured, she could not have taken this incredible stance without a nod from the White House.  "Bring Iran to good-faith negotiation"?  Neither she nor Obama can possibly believe this. Negotiations have failed and there is no "good faith" with these Iranians.
Last night, State Department spokeswoman Victoria Nuland reiterated this position, saying, "It is not useful to be ... setting deadlines one way or another."
~~~~~~~~~~
What's driving this is still those damn elections.  It would not be enough, you see, simply to stall on actually setting a red line.  It becomes important to make it clear to the American electorate that no such line was even being remotely considered by the president.
Why?  Because if there is a red line, then there must be an implied threat: If you cross the line, we will act to stop you.  This might make some voters nervous.
~~~~~~~~~~
So, make Netanyahu look foolish for having said that red lines were being "discussed." And hang Israel out to dry.  No problem.
~~~~~~~~~~
The response by the Israeli government has been pretty much what you might expect.  After a day of silence, an Israeli official came forward to say, "These sorts of statements will not stop Iran's centrifuges from spinning; unfortunately, the opposite could be true.  This won't deter Iran, but could put it at ease."
~~~~~~~~~~
Ruthie Blum, writing in Israel Hayom today (Iran’s useful idiots in Washington), says of Clinton's words (emphasis added):


"Right there is reason enough for President Mahmoud Ahmadinejad and his mullahs to pray to Allah for an Obama victory on Nov. 6.  It is precisely why Americans must not let that happen."

~~~~~~~~~~
Today is 9/11. There will be memorials and speeches marking the horror of that day, and memorializing its thousands of victims.
But in the end we must ask what the US has learned. The answer: Not much, if anything.
~~~~~~~~~~~
Anne Bayefsky, in her piece, "The White House hands Iran's Ahmadinejad a global megaphone," asks a similar question:

"Just a few days after the 9/11 anniversary, Iranian President Mahmoud Ahmadinejad will travel to New York City. Once he arrives he will be handed a platform to incite violence and hostility from the center of the UN universe, but a few miles from Ground Zero.

"This is a man who openly advocates genocide, brazenly endeavors to commit terrorist attacks on American soil, kills and kidnaps Americans abroad, brutalizes his own people, sponsors terrorism around the world, and is on the verge of acquiring a nuclear bomb.

"On 9/11 we need to ask why. Why is he being given this global megaphone?"

~~~~~~~~~~
What has astounded me, and will continue to leave me breathless (and sick at heart), is the continued insistence on the part of some American Jews that Obama is truly devoted to Israel.
This week an ardent Obama fan sent me a piece by Edgar Bronfman, former president of the World Jewish Congress.  Wrote Bronfman:

"And today, Obama continues to implement a comprehensive pro-Israel agenda that has made Israel safer and more secure...

"And this is also why Obama has taken such a strong stand against the Iranian nuclear program."

This is so thoroughly and deeply not the case that I am at a loss to understand what Bronfman's agenda might be.  Or the agenda of some others as well.
There can be no response to this other than hard facts.  If I remain sick at heart it's because I have come to understand how thoroughly irrelevant facts are for some of Obama's fans.
~~~~~~~~~~
Clinton also said in her interview that:

“[The Israelis are] more anxious about a quick response because they feel that they’re right in the bull’s eye, so to speak."

An expression of touching concern not well received by those of us who indeed are in the bull's eye.
~~~~~~~~~~
And meanwhile the world moves on without blinking an eye.  UN Secretary-General Ban Ki-Moon gave a speech to the UN Human Rights Council yesterday.  He began with a statement endorsing moral equivalencies -- although the way he phrased it was that "human rights violations" must be responded to in "an even- handed manner, without disproportionately emphasizing any one situation..."
He then proceeded to devote equal time to the bloodbath in Syria and Israel's blockade of Gaza (which in fact is only a blockade at sea, as humanitarian and consumer goods are permitted in by land on a daily basis).  At the very same time, he managed to avoid mentioning genocidal threats by Iran, probably because Iran is only abusing Israeli human rights.
~~~~~~~~~~
Israel is not without friends, however, and it is on this happy note that I close.
Canada, which has proved to be our staunchest friend, has ended diplomatic ties with Iran.  Last Friday,  Canada's Minister of Foreign Affairs, John Baird, announced that Canada had closed its Tehran Embassy and given Iran's diplomats in Ottawa five days to leave.
Baird, citing its nuclear program, its hostility toward Israel and its military assistance to Assad in Syria, called Iran the biggest threat to global security.
Imagine, a nation with a moral compass that works.  Extraordinarily refreshing and encouraging.   Now if other nations would just follow Canada's example.
~~~~~~~~~~
© Arlene Kushner. This material is produced by Arlene Kushner, functioning as an independent journalist. Permission is granted for it to be reproduced only with proper attribution.
-----


Technorati Tag: Israel and Obama and Iran and Election 2012.

Email ThisBlogThis!Share to TwitterShare to FacebookShare to Pinterest
Labels: Election 2012, Is Obama A Friend Of Israel?, Will Israel Attack Iran?