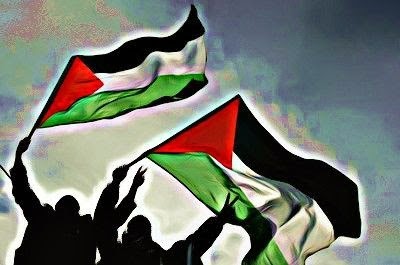 So April 29th has passed, and the nine-month period allotted by the current U.S. administration for its effort to resolve the Israeli-Palestinian dispute has come and gone. Entirely predictably, it has failed, in its entirety.

What can be learned from the failure? And what may be expected to happen now?

The failure of the talks was predictable first and foremost because of the irreconcilable positions of the sides. This is not a matter of small details, as is sometimes maintained. It isn't that the Palestinians want 99% of the West Bank while Israel will offer only 98%.

Palestinian nationalism in both its Fatah and Hamas variants rejects the possibility of accepting the permanence of Jewish statehood in any part of the area west of the Jordan River.

For the Palestinian Authority, the nine-month period of negotiations came as an unwelcome interruption to a very different strategy to which it will now return. This strategy consists of an attempt to place pressure on Israel through action in international forums to isolate and delegitimize the Jewish state. Presumably the intended result of this is to induce Israel eventually to make concessions in return for nothing. The struggle would then continue for further concessions.

This strategy is unlikely to bear fruit, but its adoption follows a notable pattern in Palestinian politics – namely, the constant attempt to find an alternative to a negotiated peace based on compromise.

At the root of Palestinian perceptions is a very notable strategic optimism.

The Palestinians see themselves as part of the local majority Arabic-speaking Sunni Muslim culture. From this point of view, the establishment of a non-Muslim sovereignty in Israel was not only an injustice, it was also an anomaly. Israel, being an anomaly, is therefore bound eventually to be defeated and disappear. So there is no need to reconcile to it, with all the humiliation therein.

This core perception leads to the momentary embrace of all kinds of unlikely strategies, which are invested with tremendous hopes.

This pattern has been around for a while.

All these strategies failed. All turned out to be based on illusion.

In the meantime, the Jewish state went from strength to strength – absorbing millions of new immigrants, leaping ahead economically, diplomatically and militarily.

The campaign to place pressure on Israel through activism on the international stage is the latest example of this Palestinian magical thinking. It is likely to share the fate of its predecessors. The noisy BDS movement notwithstanding, Israel's position on the global stage remains strong.

Its alliance with the U.S., despite the utter lack of warmth from the current administration, remains strong at its core, reflected in cooperation on myriad levels, both military and economic.

Israel is forging ahead in constructing positive relationships with the emergent powers of India and China. It maintains very close and warm relations with Canada, Australia, Germany and other important western players. None of this is under threat from the automatic majority the Palestinians enjoy at the UN because of the Arab and Muslim blocs of states.

So Palestinian optimism regarding the model for defeating Israel is hard to understand. But then the faith placed in the previous approaches noted above also made little apparent sense.

What we are in for now is a period in which the current chimera will need to be played out. On the bright side, this means that a return to large-scale political violence is unlikely. The Palestinians were defeated heavily in the 2000-4 period, and there is little energy for a return to war.

The Palestinian elite and their children live comfortable and privileged lives in Ramallah and elsewhere in the region and beyond it. Combining this with diplomatic and political activity can be pleasant and rewarding. Combining it with military activity, by contrast, could be harmful and has already been proven not to work.
So expect more furious and pathos-filled denunciations of Israeli crimes from various UN committees largely staffed by the representatives of sundry dictatorships.

Expect Saeb Erekat and the others to come up with yet more inventive reasons as to why Islam and Arabic are "indigenous" to Jerusalem while Judaism and Hebrew represent foreign implants. And so on, and so forth.

And at the end of all this, expect more failure, more bewilderment and a pause until the next alternative to a negotiated peace is stumbled upon. This is the nature of the magical thinking that lies at the core of Palestinian Arab politics.

This politics, in its various manifestations, exists to reverse the verdict of the war of 1948. It has no other purpose.

Its credo was perfectly rendered in the words of the Moroccan scholar Abdallah Laroui, as quoted by Fouad Ajami: "On a certain day everything would be obliterated and instantaneously reconstructed and the new inhabitants would leave, as if by magic, the land they had despoiled; in this way will justice be dispensed to the victims, on that day when the presence of God shall again make itself felt.'

The language is elegant. The message is one of politicide and destruction. For as long as this credo remains at the root of Palestinian politics, peace between Israelis and Palestinians will remain unachievable. All else is mere detail.

Jonathan Spyer is a senior research fellow at the Global Research in International Affairs Center in Herzliya, Israel, and a fellow at the Middle East Forum.