On Tuesday night, according to eye witnesses, a black car stopped near Mohammad Abu Khdeir, 16, from the upscale Beit Hanina neighborhood of Jerusalem and then took off with the boy inside.  Some time later, the family reported him missing.
By early Wednesday morning, his burnt body had been found in the Jerusalem Forest area.
~~~~~~~~~~
What happened next should not surprise us, as infuriating as it it: assumptions are being made far and wide that this boy was killed by Jews in retaliation for the terrorist murders of the three students.
Unfortunately, we are seeing this even among some Israelis, who, imagining themselves righteous people, are thumping their chests in an ill-advised and premature “mea culpa.”

~~~~~~~~~~
One of the most egregious of the accusations came from Secretary of State Kerry, which should really, really not be a surprise.  We know by now quite well who is our friend and who is not.  There is not even a pretense of evenhandedness.  Rather, his bias is exposed for all the world to see.
~~~~~~~~
Yisrael Medad put out a comparison of what Kerry said after our boys were found dead, and what he said now (with all emphasis from Medad):
Then:

“The news of the murder of these three Israeli teenagers...is simply devastating. We all had so much hope that this story would not end this way.  As a father, there are no words to express such a horrific loss that shakes all people of conscience.  We pray for these boys and their families, and together we grieve with all of the people of Israel.  Knowing that Naftali was also an American citizen makes thisan especially heavy blow.

“We condemn this despicable terrorist act in the strongest possible terms.  The killing of innocent youths is an outrage beyond any understanding or rationale, and the perpetrators must be brought to justice. This is a time for all to work toward that goal without stabilizing the situation.”

“The  United States condemns in the strongest possible terms the despicable and senseless abduction and murder of Muhammad Hussein Abu Khder.

“It is sickening to think of an innocent 17 year old boy snatched off the streets and his life stolen from him and  his family.  There are no words to convey adequately our condolences to the Palestinian people.

“The authorities are investigating this tragedy, a number of Israeli and Palestinian officials have condemned it, and Prime Minister Netanyahu has been emphatic in calling for all sides ‘not to take the law into their own hands.’

“Those who undertake acts of vengeance only destabilize an already explosive and emotional situation.  We look to both the Government of Israel and the Palestinian Authority to take all necessary steps to prevent acts of violence and bring their perpetrators to justice. The world has too often learned the hard way that violence only leads to more violence and at this tense and dangerous moment, all parties must do everything in their power to protect the innocent and act with reasonableness and restraint, not recrimination and retribution.”


Read: Kerry's "Vengeance" Language
~~~~~~~~~~
The difference in over-all tone between the two statements – the far more passionate distress when referring to the killing of the Arab boy – is fairly obvious.
But what we must pay closest attention to are certain key judgmental words: vengeance, destabilize, recrimination, retribution.  He has Israel tried and convicted on this, without evidence.
There we were, showing a nobility in our behavior with the funeral. But it wasn’t allowed to stand.
And – naturally – Abbas is referring to the murder of this boy as an Israeli “war crime.”

~~~~~~~~~~
There will in the end be a final conclusion arrived at by the police, but my absolute conviction is that he was murdered by Arabs.  Allow me to share the evidence for this:
First, the body was burned. This is not the way Jews would operate.
Then, there is a report given by a “senior former police officer” that the family of the boy was well-known to police sources.


“It’s a problematic family with internal clashes that have been going on for many years....I know the internal conflicts in that family, and we need to wait and not rush to connect the murder of the Arab youth with the abduction in Gush Etzion."


Read: Jerusalem Mayor 'Too Quick to Label Arab Boy's Death as Revenge'
~~~~~~~~~~
Palestinian Arab culture is clan-based.  If you are interested in further information, to help you understand what might be going on, you might want to see this:

“Arab culture addresses security through ‘balanced opposition’ in which everybody is a member of a nested set of kin groups, ranging from very small to very large. These groups are vested with responsibility for the defense of each member and responsible for harm any member does to outsiders. If there is a confrontation, families face families, lineage faces lineage, clan faces clan.”


Read: The Middle East's Tribal DNA
~~~~~~~~~~
There have been other suggestions that the boy’s murder may have been an “honor killing” necessitated in the killer’s view by the fact that the boy is a homosexual, which brings a shame to the family that must be rectified. 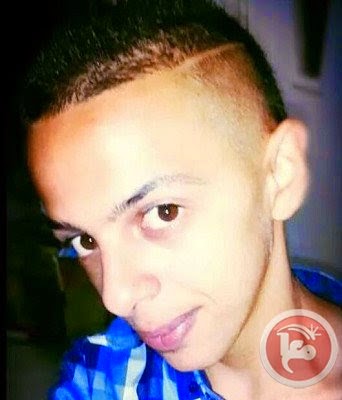 
Palestinian Arab culture is “honor-shame” based.

An honor killing is the homicide of a member of a family...due to the perpetrator's belief that the victim has brought shame or dishonor upon the family...usually for reasons such as refusing to enter an arranged marriage, being in a relationship that is disapproved by their relative...or engaging in homosexual relations. (Emphasis added)


Read: Wikipedia: Honor Killing
~~~~~~~~~~
Lastly, we have reports from several sources of conflicting information provided by the mother and the father, including claims regarding an attempted kidnapping of the boy’s  younger brother some days before this incident.  See, for example:

“On Tuesday, police said, the mother called police to say that ‘settlers’ had tried to kidnap her younger son. She said that individuals had stopped a car in front of her house where she was sitting with her son, and that they tried to grab him. She managed to hold onto him, she said, and they left, at which point she called police.

“Police asked the father if he was positive regarding the identity of the would-be kidnappers, and he said he was. When they asked him to file a police complaint, he said he would, but that he would come down to the police station later on to do so in order to be able to comfort his son. He never showed up, police said, who contacted him several times asking him to file the complaint – but to no avail.”


~~~~~~~~~~
The charge that Jews killed this boy has sparked severe riots in certain Arab sections of Jerusalem in and near the Shuafat neighborhood and in Beit Hanina. 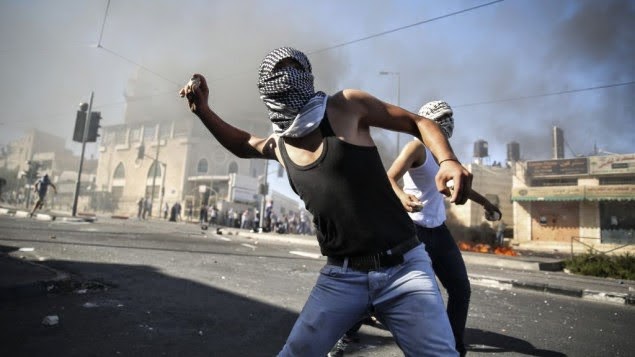 Rioters did damage to the light rail station in the Shuafat neighborhood and threw rocks and homemade bombs at the police. Additional police forces had to be called out.
I pause here to point out the difference between the way we Jews responded to the death of the three boys and the way Arabs are responding here.  Unfortunately, this difference will not be noted by mainstream media sources.
~~~~~~~~~~
Jerusalem Councilman Aryeh King charges that the murder of the boy was planned in order to incite unrest.

Read: Official: Rioting the Product of Premeditated Incitement
I cannot speak to this, but what seems certain is that the fact of the murder was used to inflame anger and promote rioting.  Please note that the rioting is making it difficult for the IDF to continue with its actions against Hamas in Judea and Samaria – something else that might well have been taken into consideration when the unrest was fomented.
~~~~~~~~~~
It goes without saying that the sooner the police can reach a determination as to who was responsible the better. But this becomes a bit like trying to put feathers back into a ruptured pillow.
I’m betting that any conclusion other than that a Jew did it will not be accepted on the street within the Palestinian Arab community, and that the mainstream international media that is covering this story now will make much less hoopla when it is announced that the boy was murdered by one of his own.
My prayer is that our government has the determination and the courage, once this quiets down, to continue to pursue with full vigor the actions against Hamas that must be pursued.
We cannot – must not- be intimidated either by Arab violence or by libels directed at us by officials in the international community.
~~~~~~~~~~
I end with a lovely story,that demonstrates the difference between how we Jews are truly responding to the deaths of the boys, and how the Arabs in the street are dealing with the news of the death of an Arab boy:

“Combat soldiers from the Kfir Brigade's Lavi Battalion, which specializes in counter-terror operations in Judea and Samaria, have taken upon themselves to fulfill the Jewish commandment to wrap tefillin daily for the merit of the three abducted and murdered teens' souls.

“The tefillin were donated by the Chabad house in France headed by Rabbi Shmuel Azimov...the son of Rabbi Chaim Hillel came to Israel specifically to give the tefillin to the soldiers.

“Chabad stated that in the coming weeks it will distribute dozens of pairs of additional tefillin to IDF combat soldiers.

"’We see in this a supreme mission for the sake of the IDF soldiers who work day and night for the people of Israel and the land of Israel, and for the elevation of the souls of the murdered, may G-d avenge them,’ added Chabad.

"’Even if you cut off these three flowers you never will succeed, because there's a continuation. There's Gilad, Naftali and Eyal in all the people of Israel and the whole world,’ said Ashkenazic Chief Rabbi David Lau at the funeral. Addressing G-d, he added ‘No one can defeat this people, even in hard moments they stand before You in prayer. ...They don't give up on an eternal tradition.’" (Emphasis added)


Read: Soldiers Take on Tefillin in Merit of the Three Teens 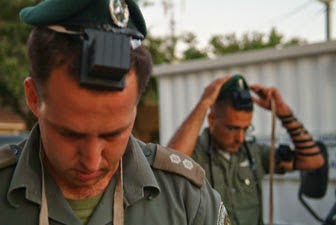 Credit: Lubavitch [Chabad]
Traditional Jews believe that to take upon themselves an additional mitzvah (commandment) elevates the soul of a departed one.
Each and every day we should remind ourselves of who we are and bless the Almighty for that difference.
~~~~~~~~~~
And, my friends, I look to each of you to share the truth about what is happening with regard to this ugly situation.
~~~~~~~~~~
© Arlene Kushner. This material is produced by Arlene Kushner, functioning as an independent journalist. Permission is granted for it to be reproduced only with proper attribution.