I suppose it must be reassuring to know that Muslim scholars can see past the images on the logos of these teams and see what is really behind them:


MUSLIM scholars in Malaysia have identified the latest menace to their faith: football shirts.

Senior clerics have declared the official kit of some of the world's most celebrated soccer teams, including Barcelona and the national teams of Brazil and Portugal, have the power to erode religious faith and must not be worn by Muslims.


Worst of all is the Manchester United strip, with its trident-wielding red devil of the club's crest. "This is very dangerous," said Nooh Gadot, the mufti of the state of Johor. "As a Muslim, we should not worship the symbols of other religions or the devils. It will erode our belief in Islam."

While a Red Devil jersey gift must be refused, "it is even more sinful when people realise this is wrong and still buy these jerseys to wear. These Muslims should repent, repent immediately." 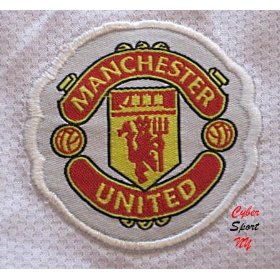 Repent? Hey, I know exactly how they feel--I was a Mets fan during the dry years.

The Devil Is The Jew meme. They see Jews everywhere even on soccer jerseys.