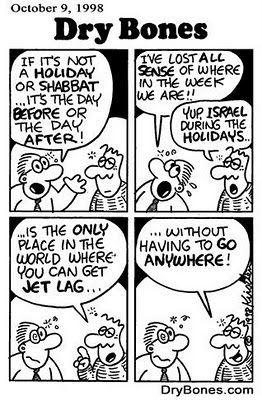 I work for a Jewish company. I remember a number of years ago when a non-Jewish woman was hired in September, people explained to her about the days she would be off. She probably thought she had the greatest job in the world--until she found out that it changes from year to year.

Israelis seem to think they can convince people to move to Israel by dangling the carrot of only one possible three day Yom Tov per year. However, that doesn't seem to be much of an incentive.

If you are looking for some good reading for Sukkot, might we suggest our article on the mitzvah of joy on Sukkot? http://www.jidaily.com/9qjp