Great Britain: We're The Only Ones Who Can Unilaterally Create A State! 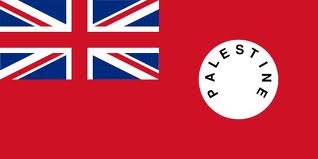 Great Britain has decided that the proposed Palestinian state just isn't up to snuff:


A British Foreign Office minister said Thursday that only direct Palestinian-Israeli negotiations can achieve peace, adding that the U.K would not recognize a unilaterally declared Palestinian state.


Wrapping up a Mideast tour that included stops in Israel and the Palestinian territories, Parliamentary Under Secretary of State Alistair Burt said in Jordan on Thursday that Britain would not recognize a Palestinian state unless it emerged from a peace deal with Israel.

Speaking with the Palestinian Ma'an news agency, Burt said London could not "recognize a state that does not have a capital, and doesn’t have borders."

I don't know when Great Britain got to be so picky, but I'll take it.

I don't think it is only UK or any country who can unilaterally create a state. Anyway, that is Britain's opinion and the country is entitled to it.