Only Israel Can Be Accused Of War Crimes 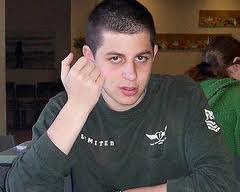 An angry Arab mob protested against a statement of French Foreign Minister Michele Alliot-Marie--one that she never made:


A crowd of angry Palestinians protesters on Friday mobbed the car of French Foreign Minister Michele Alliot-Marie as she arrived in Gaza, an AFP correspondent said.

Some demonstrators hurled shoes at the car and one jumped on top of it in a protest over a statement which was mistakenly attributed to the French minister when she met with the parents of captive Israeli soldier Gilad Shalit in Jerusalem a day earlier.


Oddly enough, the article above, by YnetNews, doesn't mention what the mistaken statement was.

But the Hebrew version of the article does.

Apparently the Arab language version of Kol Yisrael mistakenly quoted Alliot-Marie as having said that the kidnapping of Gilad Shalit is a war crime--as if crossing into Israel and kidnapping a soldier and holding him without allowing the Red Cross to visit him is perfectly acceptable.

Personally, I think an angry Israel mob should protest that the French Foreign Minister does not think that the treatment of Shalit qualifies as a war crime.

Once again, international law is only invoked when it can be applied against Israel.