If Iran Is Larger Than Originally Thought--Which Muslim Land Is Smaller?

Iran is now claiming that it is 14% larger than what the maps say:


Iran’s total area is larger than previously thought by some 14 percent, Defense Minister Brigadier General Ahmad Vahidi was quoted by the website of state television as saying Monday.
“The actual area of Iran is 1,873,959 square kilometers (723,539 square miles),” Vahidi said, adding: “The area given so far for Iran was lower, and now this new figure should be used.” Most international documents and atlases, especially the geography text books used in Iranian schools, give 1,648,195 square kilometers (636,371 square miles) as the area of Iran. Vahidi, speaking at the unveiling of new mapping software designed by the Iranian military, did not explain how this sudden gain of 225,764 square kilometers (87,167 square miles) in Iranian territory was calculated.

That may be good news to Iranians. But if I were Turkmenistan, Afghanistan, Pakistan, Iraq, Azerbaijan, Armenia or even Turkey--I might be more than a little curious how Iran plans to redraw it's map larger. 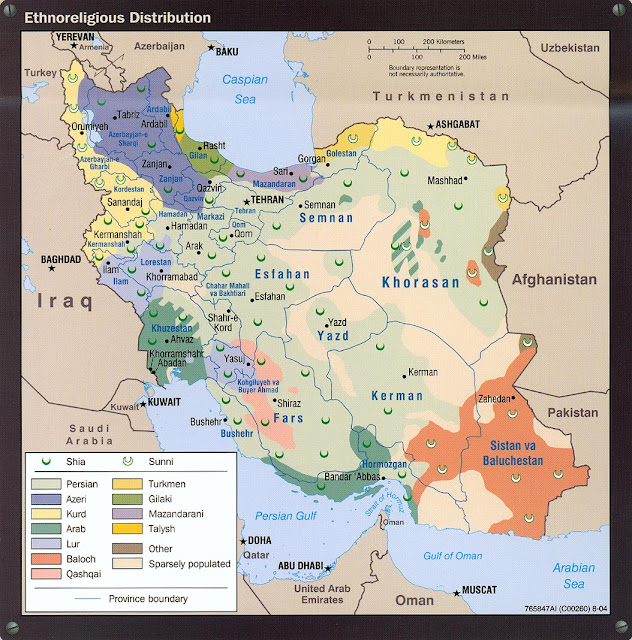 This seems to be exactly the same sort of thing that Iran likes to accuse Israel of doing--except of course that somehow Israel is the one that keeps drawing its map smaller.

Email ThisBlogThis!Share to TwitterShare to FacebookShare to Pinterest
Labels: The Arab World vs Iran