The notion that there can be a viable negotiation process that will result in peace with "two states side-by-side" persists whatever the overwhelming evidence to the contrary.  And so, no matter how weary we become of the delusion, we must continue to track efforts to make it happen, and combat it as effectively as possible.
As I wrote yesterday, Sec. of State Kerry is due here tomorrow.  And so there is a flurry of activity -- or, more accurately, perhaps, a deluge of words espousing one position or another -- in anticipation of his arrival.

What we have most notably are the words of Minister of Finance Yair Lapid (head of Yesh Atid), who gave an interview to the NYTimes, on Monday in which he declared that he would do everything he can to advance the discourse on peace:

~~~~~~~~~~
Let's pause here, to consider this statement.  The Palestinian Arabs do NOT want peace and justice.  They want the destruction of Israel.  The failure to grapple with this reality is at the heart of the position of those who continue to push for negotiations.
As to "justice": A very basic misconception -- which has been fueled by PLO lies -- is that the Palestinian Arabs are entitled to the land beyond the '67 line, and that "justice" requires our giving it to them.  They have no moral or legal or historical basis for this claim.  The land is Jewish -- as history and legal documentation make clear.

See here for more: In a nutshell: Why eastern Jerusalem, and Judea and Samaria are Jewish
~~~~~~~~~~
Actually, when it comes to "justice," the question I would like to pose to "two-state" advocates is why they imagine the Palestinian Arabs deserve a state within any parameters.  There are probably thousands of ethnic groups -- groups with legitimate historical reality and distinct cultural traits -- who are without their own state.  And yet the world does not clamor to give them sovereignty over the land on which they live.
What have the Palestinian Arabs done, even, remotely, to merit that sovereignty?  What would a "Palestinian state" contribute in a positive way to the family of nations?  What have the Palestinian Arabs done to develop a positive, constructive civil society that would form the basis of that state?  Their failure in this regard is all the more striking because they have received so much international support and such huge international funding.
~~~~~~~~~~
At any rate...
Lapid is far too left for my taste.  At a Yesh Atid faction meeting, he declared, "Whoever thinks we can have peace without a two-state solution is mistaken."  In fashioning the negotiations as some sort of moral imperative -- “even if it’s controversial here, and even if it is hard to trust the Palestinians.” -- I believe he is the one who is badly and dangerously mistaken.
But to certain other members of his party, and to Tzipi Livni, he is not left enough. For he came out in the interview for an undivided Jerusalem:

What is more, he opposes changes in "settlement" policy and supports their natural expansion.

Read: Lapid clarifies stance after 'NY Times' interview
~~~~~~~~~~
But let me not inadvertently lend the impression that the government is solidly for that "two-state solution."  There are many within the coalition who are opposed to the formation of a Palestinian state.  This is certainly true of Habayit Hayehudi, headed by Naftali Bennett, and including members such as Uri Ariel and  Urit Struck.  Just yesterday, Struck, pictured below, declared,


"Two states for two nations is not the official government position.  It's not in the coalition guidelines..."  (Emphasis added) 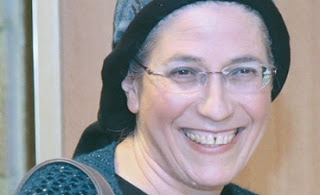 Credit: JPost
It is also so within Likud -- Tzipi Hotovely, Danny Danon, Ze'ev Elkin (who is now a deputy foreign minister), Ofir Akunis (who advanced legislation requiring a referendum for a deal), Gideon Sa'ar, Miri Regev, Yariv Levin, and others oppose that state.
And within Yisrael Beitenu -- Uzi Landau, Yair Shamir (son of former prime minister Yitzhak Shamir), etc.
Avidgor Lieberman, head of Yisrael Beitenu and currently chair of the Knesset Foreign Affairs and Defense Committee, once supported the "two-state" concept.  But he said at a committee meeting yesterday that Abbas has lost his legitimacy, and that it is impossible to solve the conflict now -- it can only be managed. 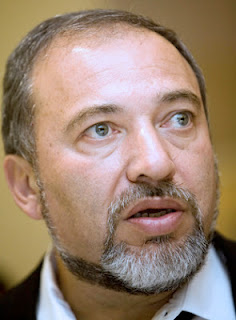 "Today in the West Bank, including East Jerusalem ... I can sum up the situation with one word - apartheid. Worse than that which existed in South Africa." (emphasis added)

This is not even a subtle misrepresentation, it is a bold lie -- and very typical of what we see from the PLO/PA. Does he really think anyone believes this?  In eastern Jerusalem (there is no "East Jerusalem"), live some 250,000 Arabs.  They have residency cards, are provided full rights and can move about all of the city -- in stores, restaurants, hospitals, etc. -- with no prohibitions and no danger.  Some apartheid.
Replied Israeli Ambassador to the UN Ron Prosor,


"The more the Palestinians continue to fertilize the soil with hatred toward Israel, the smaller the chances that the seeds of peace in the Middle East will sprout roots."

Read: Prosor Slams Erekat Over 'Apartheid' Comments
~~~~~~~~~~
© Arlene Kushner. This material is produced by Arlene Kushner, functioning as an independent journalist. Permission is granted for it to be reproduced only with proper attribution.
If it is reproduced and emphasis is added, the fact that it has been added must be noted.