Why Do We Accept The Excuse of Revenge For Islamist Terrorist Attacks?

If we in the West wish to stand in the way of this malevolent terror, we must first understand its vision, its true nature, and its goals. Only then can it be conquered. Sadly, at present, we are not even on the same battlefield.
Yair Shamir

Yair Shamir, Israel's Minister of Agriculture, writes in an article for Foreign Policy about Our Shared Islamist Enemy.

Shamir writes about the failure to focus on the ideology of Islamic terrorists and the implications behind their attacks: 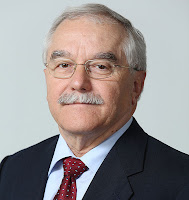 We would not accept Christians meting out vengeance against Muslims for massacres and church bombings in Nigeria, or the persecution of Coptic Christians in Egypt. Why do we accept the argument that perceived Muslim persecution in one part of the world necessitates Islamist violence in another?

In reality, our Islamist enemies' goals are aggressive by nature. Al Qaeda's ideological underpinnings are found in the writings of Egyptian Islamist theorist Sayyid Qutb, which lauded offensive jihad, or a jihad of conquest. There is little that is reactive about this belief system - it is not aimed at defending its rights, but at conquering the world of the disbelievers.

At issue is not an imagined set of grievances that the victims of these terrorist attacks must set right, but rather a deliberate and calculated war against the West by extremists.

The problem is that the West cannot even begin to fathom such an enemy:


In the West, we can understand a person who fights with every breath against tyranny and oppression. We were raised on the heroic struggles against Nazi Germany and Soviet Russia. However, we cannot understand someone whose goal is to maim and murder innocents in the name of their religion.

So we avoid that conclusion at all costs. It is a concept so foreign that we reject it outright, and seek other answers more acceptable to our Western palate.

And as we have seen in the aftermath of the Boston Marathon bombing, the answer of choice that has been harped upon by the left is to blame the US and American society.

That kind of attitude in general is harmful to the US -- in the context of the war of Jihad that is being waged against the West by radical Islamists, such an attitude could be fatal.