On Monday, The NY Daily News gave BDS advocate Omar Barghouti an opportunity: The BDS movement explained -- Why I've boycotted Israel, and then turned around and analyzed How the boycott, divestment, sanctions movement distorts the reality in Israel

The Daily News notes that Barghouti's goal of using boycotts, divestment and sanctions to undermine Israel’s moral legitimacy is but a short term goal, hiding the ultimate goal of destroying the Jewish state of Israel. 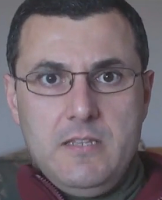 The examination of the falsehoods expressed in his op-ed centers around 4 misrepresentations:

Of course, another falsehood is the very fact that while promoting boycotts of Israel -- including of Israeli institutions -- Barghouti himself is a student at Israel's Tel Aviv University.

The ultimate lie of BDS itself is possibly best summarized by Yair Rosenberg who writes that BDS opposes a two-state solution, but you wouldn’t know it from the media:


Indeed, Omar Barghouti, one of the Brooklyn BDS panelists, is on record [4:21 in video] saying that an end to occupation and settlement would not end the call for BDS, that he opposes the two-state solution, and that the right of return is the movement’s “foremost demand.” As he put it in 2001, Israel “was Palestine, and there is no reason why it should not be renamed Palestine.”

It is this actual goal of the BDS movement -- the destruction of the Jewish state of Israel -- which is left unaddressed by much of the media, as it hides behind the issue of free speech to gain a larger audience.