Will Brigitte Bardot And Pamela Anderson Make The Streimel An Endangered Species?

You would think that in the Middle East it would not be that big of a deal for a country to pass a bill banning fur--but you would be wrong:


On paper, passing such a bill shouldn't be very hard in Israel, with its hot climate, seriously informal dress code and teeny fur trade. And nearly 80% of the people support the initiative, according to public opinion polls. But when presented last year, the proposed legislation hit an unexpected snag: ultra-Orthodox Jews. 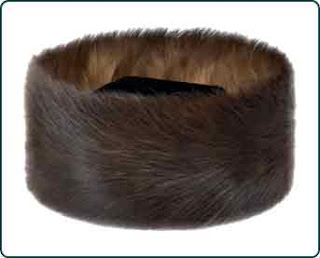 Specifically, their shtreimels. Common among ultra-Orthodox Jews of European descent, the shtreimel -- a hat trimmed with fur -- is worn mostly by married men on the Sabbath, Jewish holidays and festive occasions. Style and other nuances disclose their affiliation, sometimes social and financial standing too.

Some are imported, others manufactured locally using imported fur. Only about 10,000 are made annually worldwide, says one Jerusalem craftsman, and they sell for about $4,000.

"Oy vey, you will be sending thousands of haredim to jail!" lawmaker Menachem Eliezer Moses of the United Torah Judaism faction is said to have exclaimed last year upon seeing the bill that called for a one-year jail sentence for violators.

According to the article, some manufacturers claim that the fur for the streimels is actually from the scraps, from animals that have already been killed for the big industry.

In any case, at first, it looked as if the bill was in fact going to be passed, but then it got stalled.
In response, Brigitte Bardot wrote a letter (PDF) to the Minister of Trade to push for the passage of the bill--and below is a letter from Pamela Anderson urging the Minister of Religious Services to ensure the passage of the bill. The PETA video she refers to can be viewed here (Warning: graphic images of animals being slaughtered)

The issue is fur from over.

Thanks, I used some of your material in my article Pamela Anderson Has Fur Flying In Israel, with full attribution of course.