As I turn from other work to do a posting, what becomes clear is that the world situation sure isn't getting better.

We can start with Syria, where the proper word for describing the situation is perhaps "horrific." How does one refer to the leader of a government that orders an airstrike on a bakery -- an airstrike that hit a crowd of people lined up to receive bread? An "activist," Samer al-Hamawi, cited by the JPost, reported that, "When I got there, I could see piles of bodies all over the ground. There were women and children."

This was yesterday, in Halfaya, a suburb of Hama in the north of Syria. Hama is a rebel stronghold. Some 50-90 people were killed and dozens wounded, some critically. 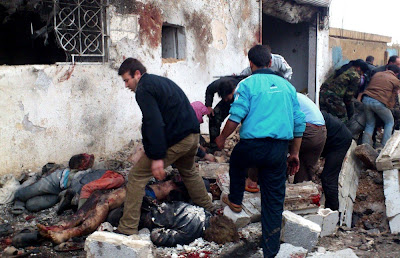 Apologies for the graphic nature of this picture -- but sometimes this is necessary to bring home a message.

My word for the leader -- i.e., Assad -- is "sub-human." (I never call such people "animals," because animals don't do wholesale killing of their own this way.)

A report -- unconfirmed -- from Reuters indicates that today rebels in Hama brought down a Syrian jet utilizing anti-aircraft guns.

Another report from rebel forces -- this originally by way of Al Jazeera and also unconfirmed -- maintains that the government has used toxic gas against them in Homs, where forces are battling for control. Allegedly the gas used was Agent 15, which can cause suffocation, nerve paralysis, temporary blindness, and hallucinations.

I keep reading reports about US troops ready to go into Syria if gas is used. This would need to be confirmed but I want to see what will happen next.

Estimates are that 44,000 have now died since the uprising in Syria began 21 months ago. And there's no one to root for: there seems to be a choice between Assad continuing his rule or Islamists who hate Israel taking over.

In Egypt, after a two-part referendum on a new constitution ended this past Saturday, the Muslim Brotherhood has declared that an unofficial count shows 64% of the voters backing it.

The opposition -- the National Salvation Front coalition -- maintains that the constitution promoted by Morsi favors Islamists, while ignoring the rights of Christians (about 10% of the population) and women. Even aside from issues of irregularities in the voting -- which the Front wants to see investigated -- there is the fact that only about 1/3 of voters came out for this referendum. This, says the opposition, is not a sufficient vote to provide backing for a new constitution -- only about 21% of all those eligible to vote actually backed the new constitution.

There will yet be more unrest, said the opposition, citing the fact that in the first round of the referendum-, voters in the district that encompasses most of Cairo voted against the constitution.


"The referendum is not the end of the road. It is only one battle. We will continue the fight for the Egyptian people."

But meanwhile, Morsi is continuing to solidify his powers.

Yesterday PM Netanyahu visited the IDF's Central Command for a briefing because of the increase in Palestinian Arab violence in eastern Jerusalem, Judea and Samaria.

According to a report in the Sunday Times (London), Netanyahu -- who will make no comment on this -- had received a warning from Military Intelligence and Shin Bet that Hamas leader Khaled Mashaal had recently told Hamas sleeper cells in Judea and Samaria to prepare to take over the area, just as Hamas had taken over Gaza in 2007.

According to the Times report, Iran had instigated this move in order to create a third front (with Gaza and Hezbollah in Lebanon) in case of an attack on Iran by Israel.

My only comment here is that a takeover of Judea and Samaria would not be like the takeover of Gaza. For Israel had pulled out of Gaza in 2005, but is very much present in Judea and Samaria -- with the IDF doing nightly operations inside Palestinian Arab areas to root out terrorist cells, weapons caches and the like.

This situation probably constitutes reason 101 as to why we should not negotiate a Palestinian Arab state in Judea and Samaria. Were we -- Heaven forbid -- to pull out of this area, Hamas would probably finish off a very weak PA in a matter of days.

Meanwhile there was a severe rock attack in Judea today on Highway 60 near the Arab village of Beit Ummar, south of Jerusalem. Drivers found themselves in the midst of a barrage rocks being thrown at the cars on the highway -- one person was injured and five vehicles were damaged.

This attack gives me the opportunity to once again make an important point: A "rock throwing" attack should not be perceived as something relatively innocuous, with kids tossing pebbles. Large rocks and bricks may be used, sometimes even boulders; they can and have killed. 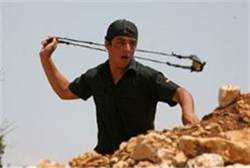 There was a rock throwing incident outside of Beit Ummar just two days ago, as well, when Arabs throwing rocks clashed with IDF troops. One soldier received a head injury.

When an Arab attempted to block an IDF medic from reaching the wounded solider, soldiers shot at his legs.

Israel is a partner of NATO, and as such has opportunity to participate in NATO seminars, training and exercises. During the past year, however, Turkey, a full NATO member, has increasingly objected to Israeli participation in various events; NATO members have veto power.

Now, after a delay in making the final decision, NATO has announced that Israel will be included in 2013 activities. We see, then, that the news is not all bad.

The guess of Israeli diplomats is that the approval came about because of Turkey's request that NATO deploy Patriot batteries along its border with Syria: the announcement of Israeli participation in NATO courses, conferences and other activities next year came at the same time as the approval of the Patriots. NATO officials are not talking.

In certain quarters, this is viewed as "an extremely positive sign." It must be noted, however, that while Turkey relented with regard to some Israeli participation, Turkish hostility towards Israel is not substantially diminished.

I also consider it good news that in the course of interviews PM Netanyahu granted to major Israeli TV stations Motzei Shabbat (Saturday night), he said:


"I am saying this in the clearest way possible: The Western Wall is not occupied territory, and I do not care what the United Nations says."

The Western Wall (Kotel) is a retaining wall of the Temple Mount, and after the Mount itself, the holiest site for Jews. Of course it is not occupied -- although those who maintain that we must move back behind the '49 armistice line (aka the '67 line or the Green Line) claim so. Especially does the PA, which wants (in their dreams!) eastern Jerusalem for their capital.

And so it pleases me that the prime minister is prepared to be very clear about our rights here.

But this is still qualified good news. For he doesn't say that Gush Etzion is not occupied territory. Or Ma'aleh Adumim, or Ariel, or.... Our full rights have yet to be explicitly claimed. A step, then, in what I pray will be the right direction.

Political news -- primarily with regard to the election and definitely not wonderful -- I will table for another post.

Other potentially good news: There are reports that Obama may be rethinking his nomination of Chuck Hagel for Secretary of State. The issue that causes the most doubts about him -- and might generate the most opposition in the Senate -- is his soft position on Iran, to the left of Obama's position.

The unqualified good news is that we're having fantastic rains this winter. A water department spokesman has declared this the best December in 20 years. By yesterday, the Kinneret was 212 meters below sea level, reflecting a rise of 2.3 cm. in just one weekend, and leaving the lake only 3.2 meters short of being filled to capacity. 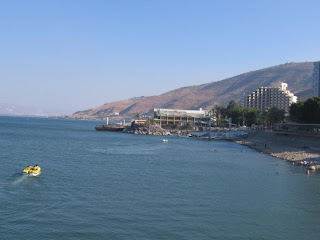 The lake is Israel's major source of drinking water as well as being a recreational facility.

Tonight is Christmas Eve, and so I wish a joyous holiday to my Christian friends.

I would be remiss, however, if I did not mention the suffering of Christians in Muslim/Arab lands, and the deprivation of their rights, which so often keep them from fully celebrating holidays. With the increased Islamization of this part of the world, their situation truly is getting worse and worser.

A study by a British think tank, Civitas, says radical Islam is wiping out Christianity.

This material is transmitted by Arlene only to persons who have requested it or agreed to receive it. If you are on the list and wish to be removed, contact Arlene and include your name in the text of the message.


Technorati Tag: Egypt and Judea and Samaria and Hamas and Syria.