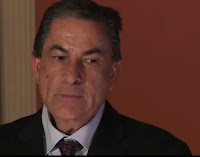 HonestReporting has named Gideon Levy of Haaretz as the 2012 Dishonest Reporter of the Year for misrepresenting an Israeli opinion poll to conclude that the Israeli public supports apartheid.
See all of the Dishonest Reporting Awards.

Levy's victory marks the first time the winner has been a member of the Israeli press rather than part of the international media covering Israel. However, Levy's dishonest reporting reached well beyond Israel's borders, making headlines across the world.


"Gideon Levy is entitled to his opinion, and his columns and international lectures have long promoted a hostile vision of Israel that aligns with those who promote boycotts and sanctions against Israel," said HonestReporting CEO Joe Hyams.

"But when he does the same in the news sections of his newspapers, that's well beyond the line of journalistic integrity," Hyams added. "Thanks to its English edition and its website, Haaretz has emerged as one of the most influential newspapers covering Israel. So much of the negative coverage of Israel appearing around the world starts out in Haaretz," he said.

Other winners this year include Bob Simon of 60 Minutes for skewing the issue of Christian flight from the Palestinian territories; Reuters columnist and editor Anthony De Rosa for his ignorant tweet about the fighting in Gaza; and Irish broadcaster Vincent Browne for failing to recognize that calling Israel a cancer does not qualify as legitimate criticism.

With over 170,000 subscribers worldwide, HonestReporting is the world’s largest media watchdog organization dedicated to ensuring that Israel is represented fairly and accurately in the media. HR monitors the media, exposes cases of bias, promotes balance, and effects change through education and action.

Haaretz twisted language, especially on racism: slaps it on cultural divisions or on safety but not on Arab Muslim racist attacks


The "competetive" tantrum trend among hard Israeli left to utter the "racisn" terminology has been for some time.


They are ever so loud on isolated cases of violent attacks against Arabs which we all condemn, of course.


Yet, they are silent on every weekly attacks by racist Arabs targeting Jewish civilians (at times travelling for miles far away from own Arab town...). Of course it's Arab Muslim terrorism but it's also anti-Jewish ethnic racism and religious bigotry.


Yet, will term any Israeli security measure as "racist." As if it's "not" saving lives, what it is really about.


Will minimize Arab Islamic Palestinian use of its own population as human shields (at least since 1980 by Arafat), and Israeli attempts to evacuate before an anti terror operation.

Will maximize exaggerate any claim of abuse.


Incidentally, with all the heavily funded anti Israel groups in Israel. why isn't there any peace movement on the Arab Palestinian side, Hamas' Gaza or Fatah's Ramallah?


If one specific community wants to keep its unique education, they immediately cry "racism".


They are silent on every Israeli court case that favors Arab vs Jew. But ever so loud on any partial-discriminatory incident. Despite the fact, it is rather ultra-orthodox who feel most all out discriminated against, mainly prompted by anti Religious hatred campaign by hard left like Haaretz.


Haaretz and the like, are not just biased. But hate mongers.