A Look At The Forward's Eli Valley's Antisemitic Inspirations

Eli Valley, the cartoonist for The Forward, recently drew a cartoon for 972--with themes of Netanyahu eating Obama's limbs and then raping him.

Here is an excerpt

In truth, when it comes to the theme of Jews devouring others, it's not as if Eli Valley does not have other cartoonists to model himself after--it all depends on what Valley is aiming for.

If Valley is looking to establish himself as a top cartoonist, there is always the cartoon that won an award for first place from the UK's Political Cartoon Society: 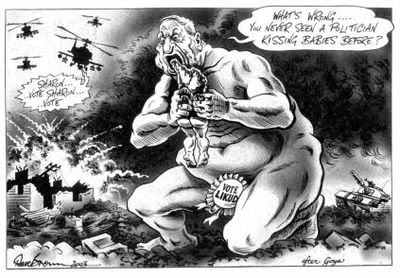 If Valley is not aiming quite so high, he might instead be aiming for the classics: 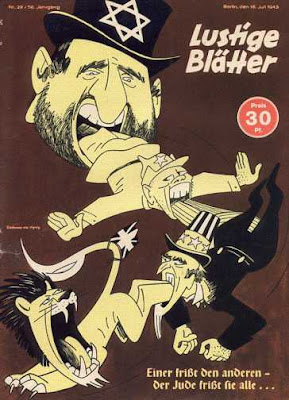 Or maybe Eli Valley is just going for contemporary art. 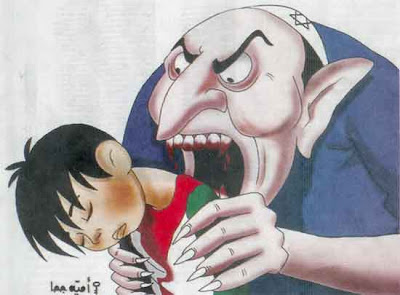 Back in April 2006, The Forward reported a contest to see which Jewish cartoonist could draw the most antisemitic cartoon:


Earning the dubious honor was “September 11” — a cartoon that depicts the iconic figure of a Jewish fiddler watching somewhat mysteriously — if not downright conspiratorially — from the Brooklyn Bridge as the Twin Towers burn.

Valley participated, but did not win.

Has Eli Valley merely picked up on the idea of using antisemitic themes for his own cartoons?

If so, someone really should tell him not to try so hard.
When it comes to Jews drawing antisemitic cartoons, Eli Valley has established himself as king.

Technorati Tag: The Forward and Eli Valley and Antisemitism.