Saudi Arabians are angry at a McDonald's toy which they say mocks their prophet Muhammad. According to a report appearing today (5/27/12) on the Arabic news website, Kermalkom.com, the McDonald's fast food restaurant "abused the Prophet Muhammad by placing his name at the base of a toy that is being distributed as part of the Happy Meal, a toy which steps on the name 'Muhammad.'"

The toy is apparently a Power Ranger Samurai that stands on one leg. When you press the lever the figure stamps on the base with the other leg. According to the Saudis, the toy is purposely designed so that the figure is stamping on the name of Muhammed that appears all around the base.

Just to get an idea of what the Saudis appear to be talking about, here is the name Muhammad in Arabic:


محمد
Here is a picture of the toy: 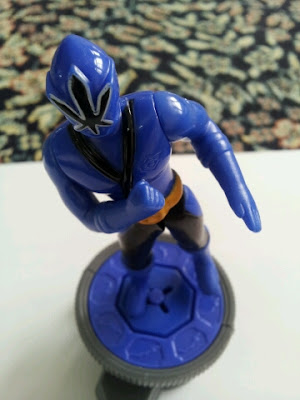 And here is a closeup of the base where the name of Muhammad supposedly appears: 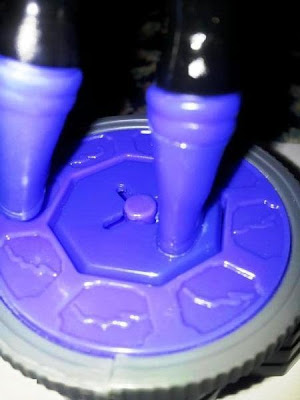 Maybe you see the similarity.
Personally, I don't.

This of course is very topical, what with the London Olympics coming up. Remember the uproar Iran made back in 2007 over the logo for the Olympics:

Iran claimed that the logo was cleverly contrived so that the evil name 'Zion' could be hidden inside.

I noted at the time that there are other things you could find in the London Olympics 2012 logo:
Glad these people have so much free time on their hands.