There Is Precedent For Olympics Honoring Civilians Murdered By Terrorists

Back in February 2002, the San Francisco Chronicle reported on the moment of silence at the Winter Olympics for the victims of 9/11:


Sixty thousand people stood as one in respectful silence at the start of the program when the tattered American flag, recovered from the rubble of the World Trade Center disaster, was carried into the stadium by eight U.S. athletes accompanied by three New York Port Authority police officers.

The silence continued as the Utah Symphony and the Mormon Tabernacle Choir performed the national anthem with a kind of haunting dignity seldom heard in an age of embellishment. 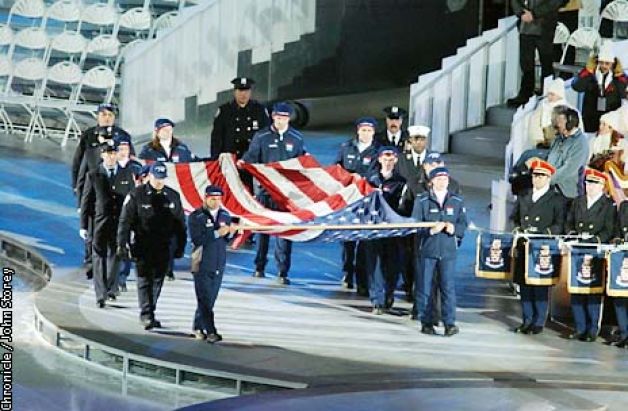 There was no outcry about politics.
And no, the Arabs did not boycott those Olympics either--while the Arabs are threatening to boycott the London Olypics if there is a moment of silence.

But the victims of 9/11 who were murdered by Osama bin Laden were Americans.
Not Israelis.

Technorati Tag: Israel and London Olympics and Munich Massacre and 9-11.