When Jews cave in the face of threats by radical Muslims or their supporters, it leads to increased Jewish weakness and more threats.  And yet sometimes, Jews do cave.   (In some places in the world Jews have become timid because they are thoroughly beleaguered -- a small vulnerable minority in a growing sea of Islamists.)  Increasingly, however, does it seem to be the case in the US, where this must not be permitted to happen.
What I will describe here is an incident that many of you may already be aware of.  But I cannot let this day pass without writing about it, and sharing further details of which you may not be aware.
~~~~~~~~~~

Pamela Geller is proprietor of the blog "Atlas Shrugs," and President of both the American Freedom Defense Initiative (AFDI) and Stop Islamization of America (SIOA).   Author of several books, she works against radical Islam -- which is decidedly anti-Israel and anti-Jewish, as well as being antithetical to the spirit of democratic freedoms -- and what she refers to as "creeping Sharia'a."

Credit: Breitbart
Geller had been invited to speak today, Sunday, April 14, at a Men's Club breakfast at the Great Neck Synagogue in New York. Once words of her talk was out, the intimidation began.
It came, in particular, from one Habeeb Ahmed, who threatened a march on the synagogue.  What is particularly shocking here is that Habeeb Ahmed is a member of the Nassau County Commission on Human Rights and used his position in pressuring the synagogue.
Please see more about this here.  It provides a very alarming window on how far matters have already gone in the US: Free Speech Demo at Habeeb Ahmed's Human Rights Office 1pm, Sunday: Habeeb Must Go!
There will be a free speech demonstration, protesting Ahmed's behavior, in front of the human rights office at 240 Old Country Road, Mineola, at 1 PM today.
~~~~~~~~~~
Protest against Geller's talk also came from Jewish Voices for Peace (JVP) which ADL once identified as "one of the ten most anti-Israel organizations in America."  JVP put out a message to its members asking that they contact the synagogue and ask that the event be cancelled.
Read: The Truth About Pamela Geller
This is perhaps most distressing of all.  Far left Jews are both deluded and dangerous for the rest of us.
~~~~~~~~~~
At any rate, and sadly, the two-pronged campaign worked.  The Executive Board of the Great Neck Synagogue, citing "...notoriety and media exposure...legal liability and potential security exposure..." cancelled.
The notoriety and media exposure is less than no excuse.  A courageous board would have turned it around and used the media exposure to make important points about American freedom of speech and the genuine problems that Geller was about to confront.
As to legal liability and "potential" security exposure, it was the responsibility of the synagogue to properly confront these problems.  Hire security guards for the day, if that seems appropriate, consult lawyers within the congregation, etc.  But no, they caved.
~~~~~~~~~~
I will make a personal comment here:  I made aliyah in 2001 in the midst of the intifada that incorporated suicide bombings here in Jerusalem where I live.  Twice I was within hearing distance of/ mere blocks away from explosions that indicated major suicide bombing attacks.  And I said, they want me to be so afraid that I leave, but I will not leave.  And, I assure you, my attitude was not unique.
I have little patience for the attitude of the Great Neck Synagogue Executive Board.
Geller, on her site, referred to the decision of this synagogue as "unconscionable self-imposed dhimmitude":

"particularly craven and cowardly, as it sends the message that if leftists and Muslims defame those they hate loudly enough and for a long enough time, they will succeed in getting them silenced."

Bravo to both rabbis.  I particularly note the situation of Rabbi Geisinsky, however: Not long ago, he had a massive heart attack and was pronounced dead when he had no pulse.  It was anticipated that if he were revived he would have severe damage. The community prayed fervently for their rabbi without stop, and he recovered fully -- physically and mentally.  Now, unafraid, he is prepared to take a strong stand.

Credit: moshiach.ru
~~~~~~~~~~
Tonight begins Yom HaZikaron here in Israel: Memorial Day for all of those who have died in defense of Israel.  A time most somber. 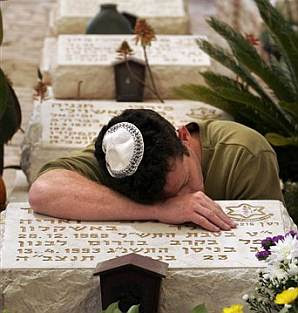 I expect crazy people to do crazy things. I am more concerned with the Jewish liberal vampires who jumped on board with him. Just drop the pretense and join jihad already.

2 min - 9 hours ago - Uploaded by JewsOnTelevision

After her speaking engagement at the Great Neck Synagogue was cancelled due to intense ...


Search for videos of PAMELA GELLER IN EDISON