Media Coverage Of Boston Marathon Bombing: Telling It Until They Get It Right

Don't get stuck on stupid, reporters. We are moving forward. And don't confuse the people please. You are part of the public message. So help us get the message straight. And if you don't understand, maybe you'll confuse it to the people. That's why we like follow-up questions.
Lieutenant General Honore to journalists during Hurricane Katrina

Hot Air has a good overview of just how clueless the media is about developments in the Boston Marathon bombing. Looking over the various updates that the post goes through, some things become obvious: 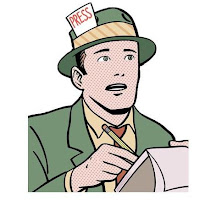 Want a general description of the suspect?
Just ask the media:

Want to know if any arrests have been made?
You can count on the media to keep you informed:

Breaking: Police source says two arrests have been made in #Boston Marathon bombing, according to @foxnews
— Casey Stegall (@caseystegall) April 17, 2013

CNN, citing THREE SOURCES: THERE HAS BEEN NO ARREST; NO ONE IN CUSTODY
— Dylan Byers (@DylanByers) April 17, 2013


Maybe it's better if you just stick to one media source -- that way you get a consistent story:

US Attorney’s office: There is no marathon bombing suspect in custody and no arrest
— The Boston Globe (@BostonGlobe) April 17, 2013

Speaking of Hurricane Katrina, at the time, on the NewsHour with Jim Lehrer, Keith Woods--former newspaper reporter and editor at the Times-Picayune in New Orleans and dean of the faculty at the Poynter Institute, a school for journalists in Florida--defends the media's emotionalism and multiple cases of mis-reporting Katrina this way:


Well, remember that we thought 5,000 people died in the twin towers in New York originally — more than 5,000. We thought the White House had been attacked in the early reporting of that story. The kind of reporting that journalists have to do during this time is revisionist. You have to keep telling the story until you get it right.[emphasis added]

For some reason, it never occurred to Mr. Woods that perhaps the media should just stop reporting inaccurately and just wait until they get the facts straight -- a concept that no one seemed to have come up with then, nor now.

The self-induced sloppiness of the media in search of a good story is illustrated in a 1984 article by Cassandra Tate tracing why the media is in such desperate need of oversight:


Interest in ombudsmen has increased in response to all the polls showing that readers do not hold newspapers in particularly high regard. This problem is hardly a novel one. Similar circumstances led Ralph Pulitzer to establish a Bureau of Accuracy and Fair Play at his New York World in 1913. According to a 1916 issue of American Magazine, Pulitzer had become concerned about the increasing blurriness between "that which is true and that which is false" in the paper. He had reason for concern. One of the questionable practices uncovered by the bureau's first director, Isaac D. White, was the routine embellishment of stories about shipwrecks with fictional reports about the rescue of a ship's cat. After asking the maritime reporter why a cat had been rescued in each of a half-dozen accounts of shipwrecks, White was told, "One of those wrecked ships had a cat, and the crew went back to save it. I made the cat the feature of my story, while the other reporters failed to mention the cat, and were called down by their city editors for being beaten. The next time there was a shipwreck there was no cat but the other ship news reporters did not wish to take chances, and put the cat in. I wrote the report, leaving out the cat, and then I was severely chided for being beaten. Now when there is a shipwreck all of us always put in a cat."

This is what happens when disasters strike, whether natural or man-made.

Which raises the question: if this is how the media covers natural disasters like Katrina, and terrorist attacks as in the Boston Marathon -- what should we make of the media reports in the Middle East, where again there is pressure in intense situations to be the first to get the story out?